All the TOP-for Snapdragon 888: AnTuTu named the top ten most powerful smartphones in April

Benchmark AnTuTu named the TOP 10 most productive Android smartphones of the highest class at the end of April. This is the first rating, the results of which are collected through AnTuTu V9 — a new version with updated testing scenarios.

As a result, the first place is occupied by the gaming smartphone Xiaomi Black Shark 4 Pro, which has 860,467 points. By the way, he tops the list for the second month in a row.

In second place is the OPPO Find X3 Pro (831,801 points), followed by the Nubia Red Magic 6 Pro with a score of 828,649 points. The result of the latter, most likely, was influenced by the cooling system, which prevents the processor from overheating under load. 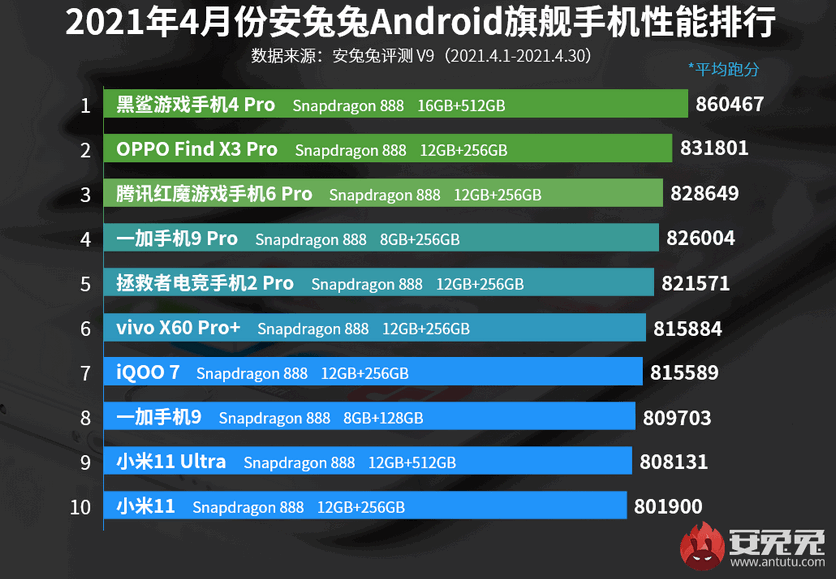 HMD Global has updated the release schedule for Android 11 for Nokia smartphones: who and when will be updated