Apple and HTC accused of cheating: British Consumer Association Which? states that in many smartphones real autonomy is lower than that indicated by manufacturers. This is especially true for Apple and HTC.

So, the British were interested in the autonomy of the gadgets in the talk mode, for which they stocked up with several dozen smartphones and conducted a simple test with them. As it turned out, 9 proven iPhone models did not last as long as Apple promises.

For example, the iPhone XR, which should last for 25 hours of talk, lasted only 16 hours and 52 minutes. Independence on the conditions, the result was in the 18 – 51% less than the maximum claimed. 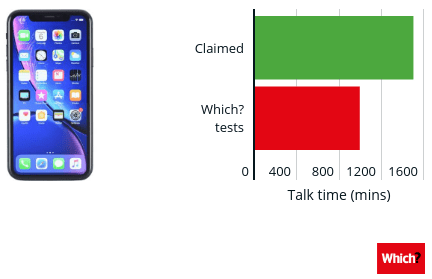 With HTC, the situation is slightly better: on average, smartphones work an hour less than the stated 20.5 hours. At the same time, the tested models are representatives of Which? did not specify.

But Nokia, Samsung, and Sony smartphones excelled for the better: their autonomy even exceeded the declared one. For example, Xperia Z5 Compact instead of the stated 17 hours lasted almost 26 hours! 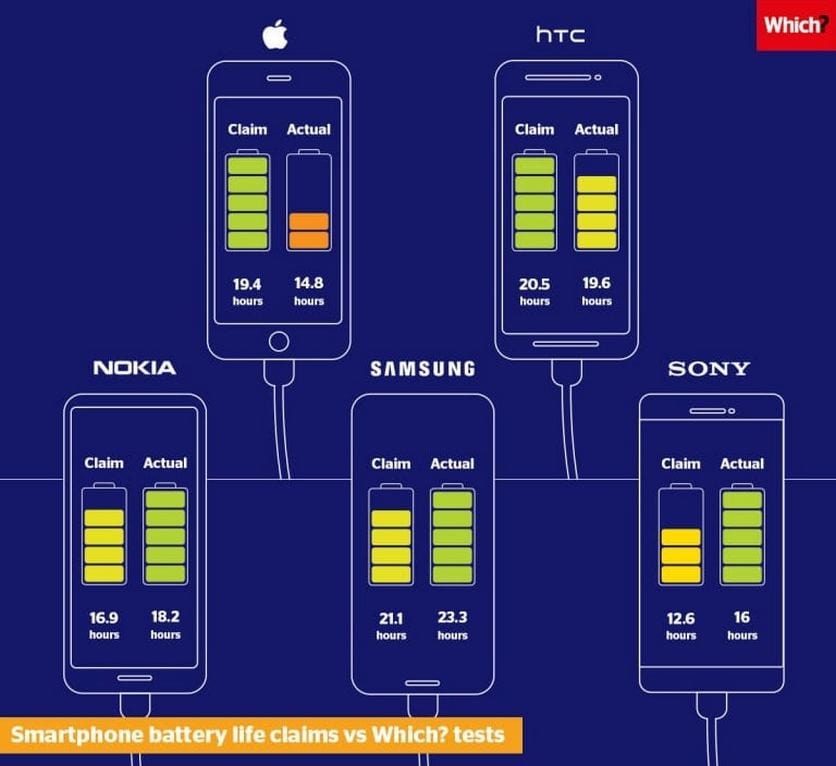 Apple and HTC immediately reacted to this and reproached the consumer association for not reporting the test conditions: how many tests were performed, whether mobile communications or Wi-Fi were used for calls, which applications were running, which firmware was installed, etc.

“We rigorously test our products and stand behind our battery life claims. With tight integration between hardware and software, the iPhone is engineered to intelligently manager power usage to maximize battery life. Our testing methodology reflects that intelligence. Which? haven’t shared their methodology with us so we can’t compare their results to ours. We share our methodology for testing which we publish in detail here.”, – said representatives of Apple.

“At HTC we diligently test all aspects of product performances. Differences in setup and testing environments may result in some variation to stated talk time figures”, – stated in the HTC statement.

VR helmet for fitness HTC Vive Air has not yet been released, and has already received the IF Product Design Award

Why did HTC smartphones disappear from online stores in China?

All extensions broke in Firefox: Either disabled or not Function