Apple iPhone 13 Pro Leaks: Even though there are few months remaining for the press conference, there are already many rumors about the 2021 iPhone surfaced on the internet.

According to the whistleblower Max Weinbach (via YouTube channel EverythingApplePro), iPhone 13 will provide matte black versions for Pro and Pro Max models. In addition, a new stainless steel coating can reduce smudges and fingerprints. The new phone will also use a new rear Camera design and improved call noise cancellation.

The iPhone 12 series brings back the well-loved flat-sided design, as well as the stainless steel bezels of the 12 Pro and 12 Pro Max. Since the launch of these models, users have complained that the bezels can be particularly stained with smudges and fingerprints, especially for light-colored versions, such as gold. According to Weinbach, Apple hopes to solve this problem on the iPhone 13 by adopting new anti-fouling and fingerprint coatings.

As for the back of the phone, Weinbach said that the new camera module will not be completely flat, but the degree of protrusion of each lens from the main body will be reduced. In addition, the part next to the camera module will be smaller, reducing the overall thickness of the camera system.

In addition to a series of previously rumored features, the iPhone 13 Pro and 13 Pro Max camera systems will also include a new portrait photo shooting process. Weinbach reported that the portrait mode on the new Pro iPhone will rely heavily on lidar. The current lidar on iPhone 12 Pro, Pro Max, and iPad Pro is used to improve low-light image capture. Weinbach said that Apple will take the portrait mode a step further this year: “The portrait mode on the new iPhone will be greatly improved. Now, it will mainly rely on a new process that combines lens and lidar data. The lidar will be specifically used for better edge detection. Smaller gaps like street signs should now be able to be detected by new technology. In addition, Apple will also provide a portrait video mode for the iPhone in 2021, as a major revision of the portrait mode Part.”

Weinbach said that Apple will also add a new iOS “image stabilization correction” mode to automatically detect and keep the subject in focus in the video. Given that this is software-based, it is not known whether the special hardware in the 2021 iPhone can implement this mode, or whether it can be provided in the old iPhone.

As for the product line itself, Weinbach said that Apple plans to keep the 5.4-inch iPhone 13 mini model in the product line, despite the generally reported poor sales performance of the iPhone 12 mini. With the iPhone 13 mini, Apple hopes to improve battery life, which is also an important point for users who like a small form factor. Weinbach said that the volume of the battery itself will be larger, and because of the higher efficiency of the A15 chip, the battery life will be further improved.

Weinbach has previously stated that the new iPhone will include stronger MagSafe, astrophotography, and the ability to shoot portrait mode videos. 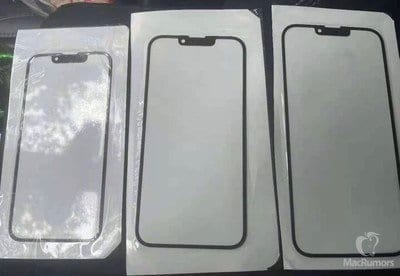 GadgetsRealm learned that earlier this week, a photo of the front glass panel of the allegedly iPhone 13 model was exposed, and the photo showed that the handset was relocated to the top frame. If true, this will be the most significant change in bangs design since the iPhone X debut. Apple analyst Ming-Chi Kuo said that Apple plans to switch some iPhone models to punch-hole designs starting in 2022.

Belkin puts the two-in-one MagSafe wireless charger on the shelves, priced US$99.95