Black Shark 2 is equipped with Snapdragon 855 processor, Price and Specification

This phone is equipped with Liquid Cool 3.0 technology for heat management. Talking about the key features of the Black Shark 2 smartphone, the phone has up to 256 GB of storage and up to 12 GB of RAM.

This handset will be found in Shadow Black and Frozen Silver colors. Black Shark’s official website, TMall, and JD.com, pre-orders for Black Shark 2 have also begun.

The Dual-SIM Black Nike Shark 2 smartphone has a 6.39-inch Full-HD + (1080×2340 pixels) AMOLED display with an aspect ratio of 19.5: 9 and its pixel density is 403 pixels per inch. The handset for speed and multitasking has the Adreno 640 GPU and 12 GB RAM with the Octa-core Qualcomm Snapdragon 855 processor.

The rear camera comes with 2 x optical zoom support. A 20-megapixel front camera has been given for selfie and video calling, which has an aptitude of F / 2.0. Black Shark 2 will have two storage variants – one comes with 128 GB and another 256 GB of storage. 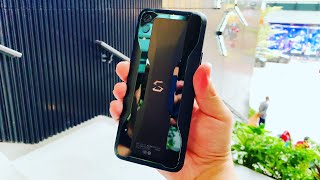 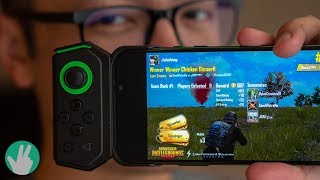 Which Xiaomi, Redmi, POCO and Black Shark smartphones will get MIUI 13

Redmi gaming smartphone specification: Not only 67W fast charging it will also get a 144Hz Samsung E4 display and special buttons for games, like the Black Shark 4

Upto 50% Off on Air Conditioners