Buy Samsung Galaxy Fold in four different colors: Samsung has announced the folding phone. The Galaxy Fold has a tablet format display, six digital cameras and a lot of memory.

After years of development, Samsung announced its first foldable phone, the revolutionary Galaxy Fold, last week. A narrow folding device with a 4.6-inch display, which unfolds into a beautiful large 7.3-inch tablet format.

From the beginning of May 2019, it is possible to buy a Samsung foldable phone in Europe, probably this revolutionary smartphone will also be offered for sale in the Netherlands.

The Samsung Galaxy Fold is to date the only folding phone – including all prototypes that we have seen passing – with the flexible display on the inside when the device is folded. This keeps your valuable mobile phone extra well protected against scratches and bumps.

Another argument for buying the foldable smartphone from Samsung is, of course, the price, however strange this may sound. But compared to the Huawei Mate X , the device is significantly cheaper, while the display technology is more advanced and there are twice as many cameras built in (6 instead of 3). Here you can read more about the specifications of the Galaxy Fold.

Huawei has given its foldable smartphone a suggested retail price of € 2,300. The price of the Samsung foldable phone is significantly lower, buying a Galaxy Fold is already possible for $ 1,980. However, the question remains how this translates into a European price. When you literally convert the currency you come to an amount of around € 1,740. However, there is a good chance that the device will become slightly more expensive in Europe, for example, € 1,850. This is the price for a single device, exclusive subscription.

Galaxy Fold will launch in Europe on 3 May 2019 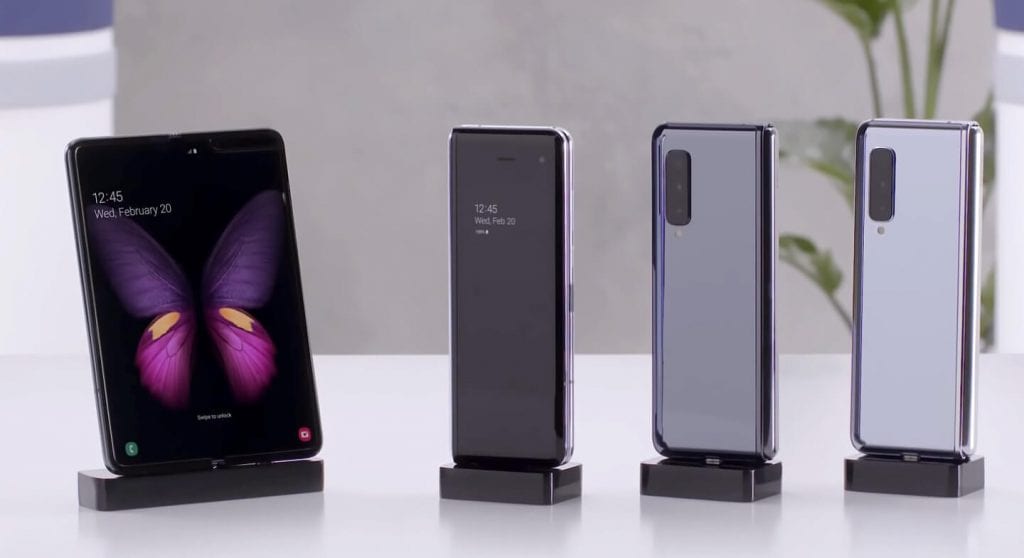 At the beginning of April, Samsung will again hold a press event, then the final details regarding the price and availability will also be released. It is possible that immediately matching accessories will also be announced, for example, a case to protect the device. The pre-order period will probably also start immediately at that time. Whether you will also receive the Galaxy Buds earbuds as a gift when placing a Galaxy Fold pre-order, as is currently the case with the S10 and S10 +, is not yet known.

On April 26, 2019, the Samsung Fold will actually go on sale in America. In Europe, the launch will take place a week later, on 3 May. For the time being, however, it is unclear in which countries the foldable telephone will be offered for sale. We are also still in the dark about Dutch availability. Chances are that we too will soon be able to buy a foldable Samsung smartphone, providers such as KPN, T-Mobile and Vodafone will undoubtedly want to offer the device.

Samsung has already indicated that consumers can choose from four different colors; Space Silver, Cosmos Black, Martian Green, and Astro Blue. It remains to be seen whether all colors will actually be offered in every country.

If you want to buy the Samsung Galaxy Fold, you will also immediately have access to 12GB RAM and 512GB storage memory. By providing the phone with so much memory, the price is of course also significantly increased. For example, if you decide to buy a Galaxy S10 + with 8GB RAM / 512GB memory, you will already have lost € 1,250. For the same money, you also buy the Note 9 with 512GB and there is a good chance that the price of the Note 10, which is expected around September this year, is a bit higher again.

A new generation of foldable smartphones 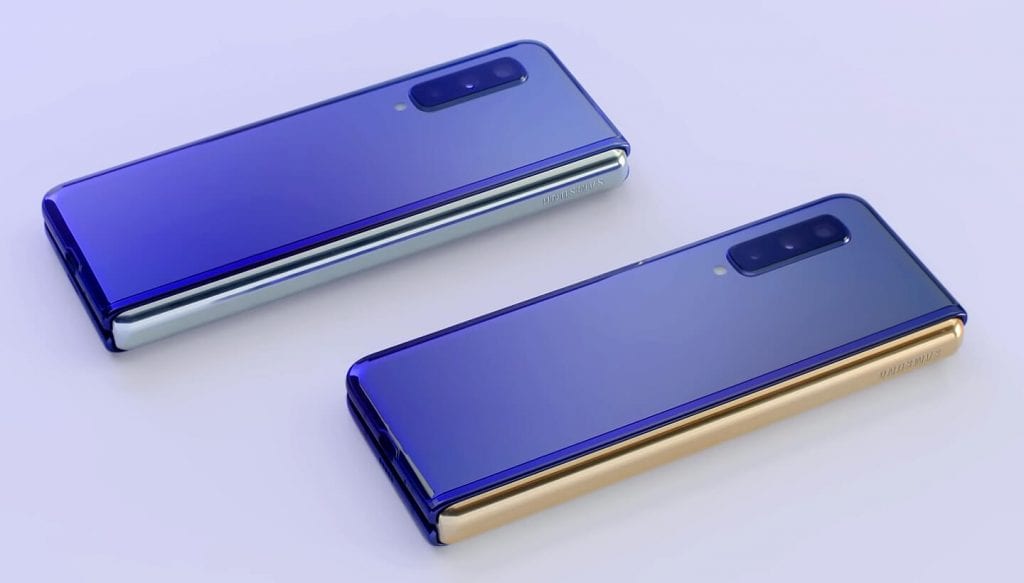 Left or right, it remains a huge amount of course. Samsung is also well aware that the first generation of foldable smartphones will not fly like hot cakes. The price for the average consumer is simply too high for that. However, due to the many years of development time, the amount can be easily explained.

We have finally seen this development in more branches, such as smart TVs or memory cards. You used to pay a lot for these products, compared to today. While the functions have just improved. We will also observe this trend with the foldable telephone. The entry price, in particular, will be lower. This will result in broader acceptance, after which the development costs can also be borne by a larger group.

Are you wise to buy the first generation foldable smartphone from Samsung? That just depends on the depth of your wallet. Sure, there will undoubtedly be some bugs. But the Samsung Galaxy Fold is simply a very impressive mobile device. The ease with which you suddenly have a screen that is twice as large is of course fantastic. It may take some getting used to, but in a few years, we will not know anything else!

Transparent foldable phone from LG is a unique device