This morning, Xiaomi officially announced that they will launch a new generation of Xiaomi Mi Band 6 at the press conference next Monday (March 29), and revealed that it will break through the screen limit this time. According to the official poster, the Mi Band 6 uses a curved display, which is consistent with the edge of the front panel, and the screen-to-body ratio is further improved. 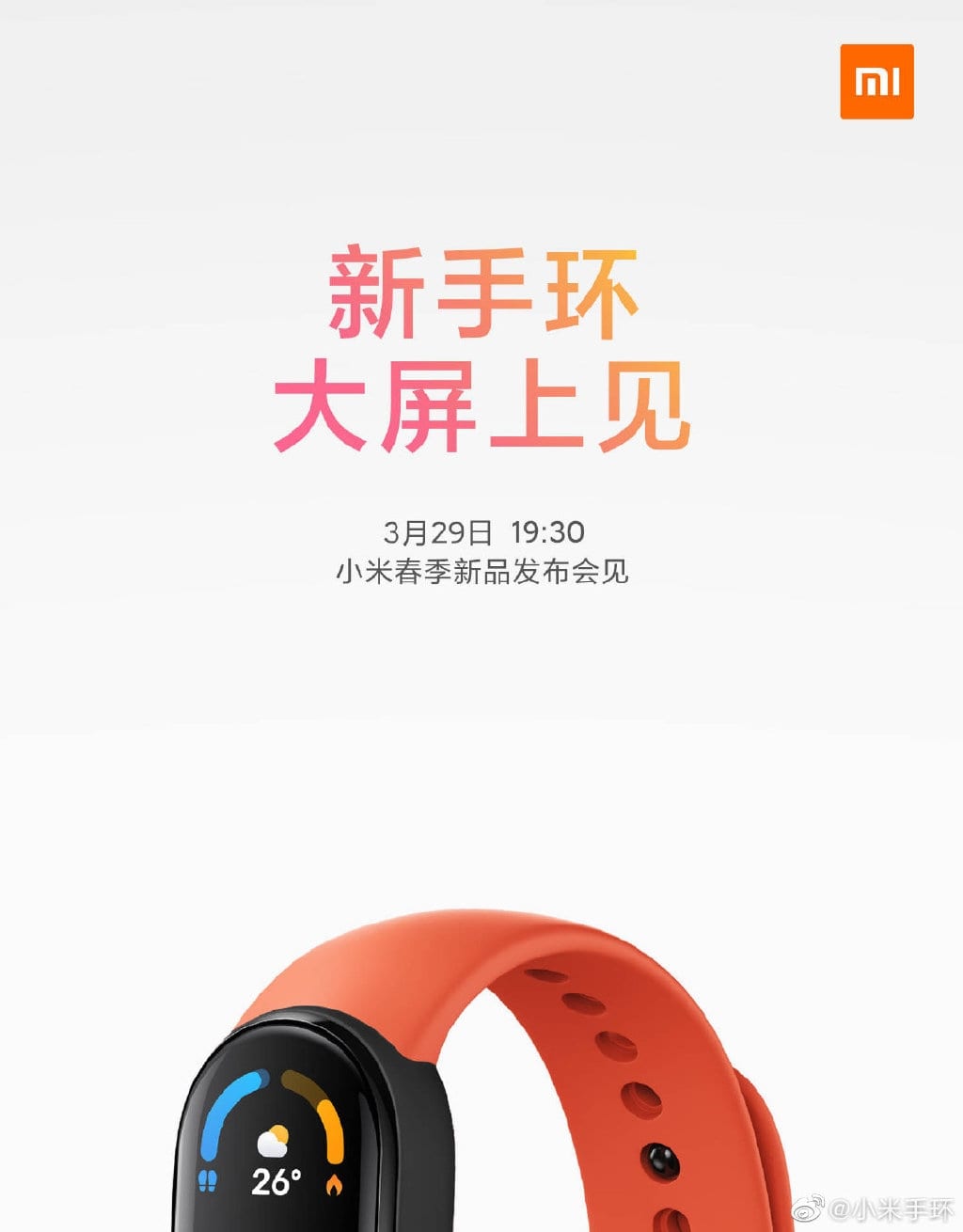 Subsequently, some netizens exposed the screen interface of Mi Band 6. It can be clearly seen that the bottom of the screen of Mi Band 6 adopts the same curved design as above, and the screen ratio is much longer than that of the previous generation. It is speculated that the Mi Band 6 will adopt a full-screen design similar to a mobile phone this time. The button design at the bottom of the screen of the previous two generations has been canceled. The screen covers the entire front panel. The overall visual effect will be greatly improved, and it can bring more Display content, the practicality is further improved.

As for the overall appearance, the Mi Band 6 is basically the same as the previous 5th generation. It also has a detachable rice grain design and is equipped with a silicone strap. The body volume has also not changed much.

In terms of functions, it was previously reported that Mi Band 6 will add blood oxygen detection function for the first time, which can detect human blood oxygen saturation in real-time, so that users can keep track of their physical condition at any time, and at the same time can achieve more comprehensive exercise data analysis. In addition, Mi Band 6 will also add a large number of sports mode detection, such as dance, Zumba, cricket, basketball, boxing, and other indoor sports. The total categories will reach 30, and more than 300 third-party apps will be added. The message notification function of, the practicality has been upgraded again.

In terms of price, it is reported that the Mi Band 6 will basically remain at the same level as the previous generation. The previous generation will be priced at 189 yuan for the standard version and 229 yuan for the NFC version. This new model brings many improvements. If it remains at 189 yuan The starting price of the Xiaomi Mi Band will once again set a new high-cost performance, which is worth looking forward to.