Team from LetsGoDigital have collected all the rumors about the flagship smartphone Galaxy S22 and based on them have created high-quality concept renders of the device. Samsung starts cooperation with camera manufacturer Olympus. The Galaxy Z Fold 3 may already be the first Samsung phone with an Olympus camera.

The device in the pictures has the features of the current Galaxy S21 line, but it also has its own peculiarities. For example, the concept boasts a display with very thin bezels. The panel does not have a hole for the front camera. The sensor is installed under the screen. In addition, the images show that the smartphone supports the proprietary S Pen stylus.

More and more smartphone brands are looking to collaborate with renowned camera and lens manufacturers to improve the photography performance of mobile phones. For example, the OnePlus 9 series was recently announced, with a Hasselblad camera. Huawei has been working successfully with Leica for years and Nokia and Sony have found a partner in Carl Zeiss. If we are to believe the rumors, Samsung also intends to enter into such a collaboration.

Several reports have appeared on social media suggesting that Samsung has found a partner in the Japanese photography brand Olympus, with the aim of improving the mobile photography experience with Samsung Galaxy phones. 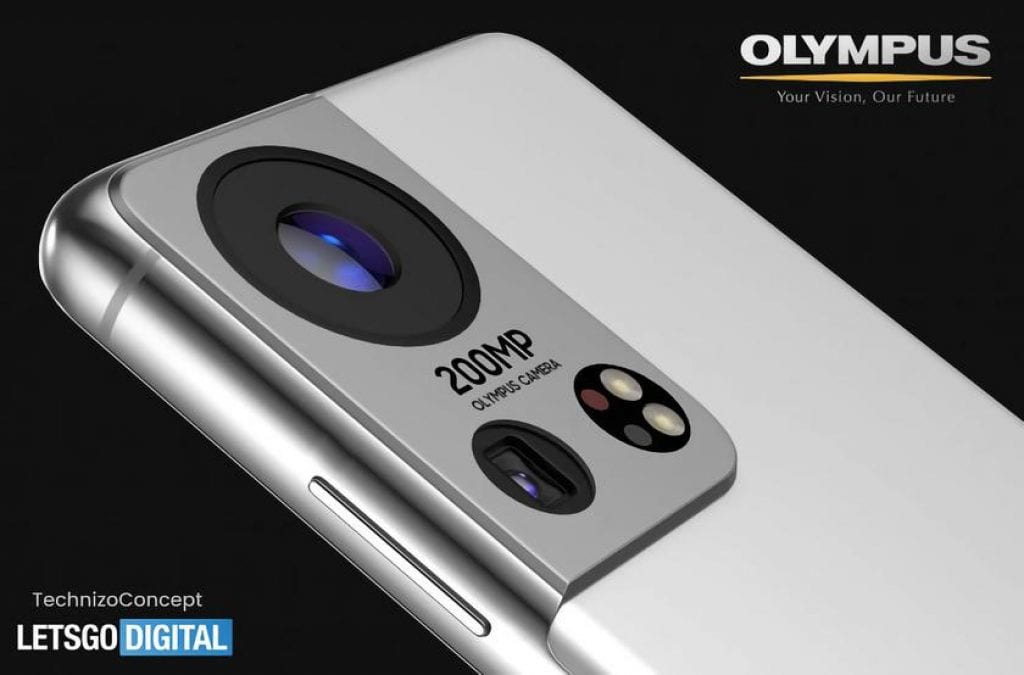 The news was first spread via Twitter by Yogesh , after which Ice Universe confirmed the message on the Chinese social media platform Weibo. Also Digital Camera World put an online publication stating that Samsung intends to cooperation with Olympus this year form. It is therefore not unlikely that the Samsung Galaxy Z Fold 3 foldable smartphone, which is expected around July / August 2021, will be the first Samsung smartphone with an Olympus camera.

Logically, the camera system of the Samsung Galaxy S22 series will also be designed in collaboration with Olympus. This has driven graphic designer Technizo Concept to make a series of product renders for LetsGoDigital of the Galaxy S22, expected at the beginning of 2022, with a 200 megapixel Olympus camera. 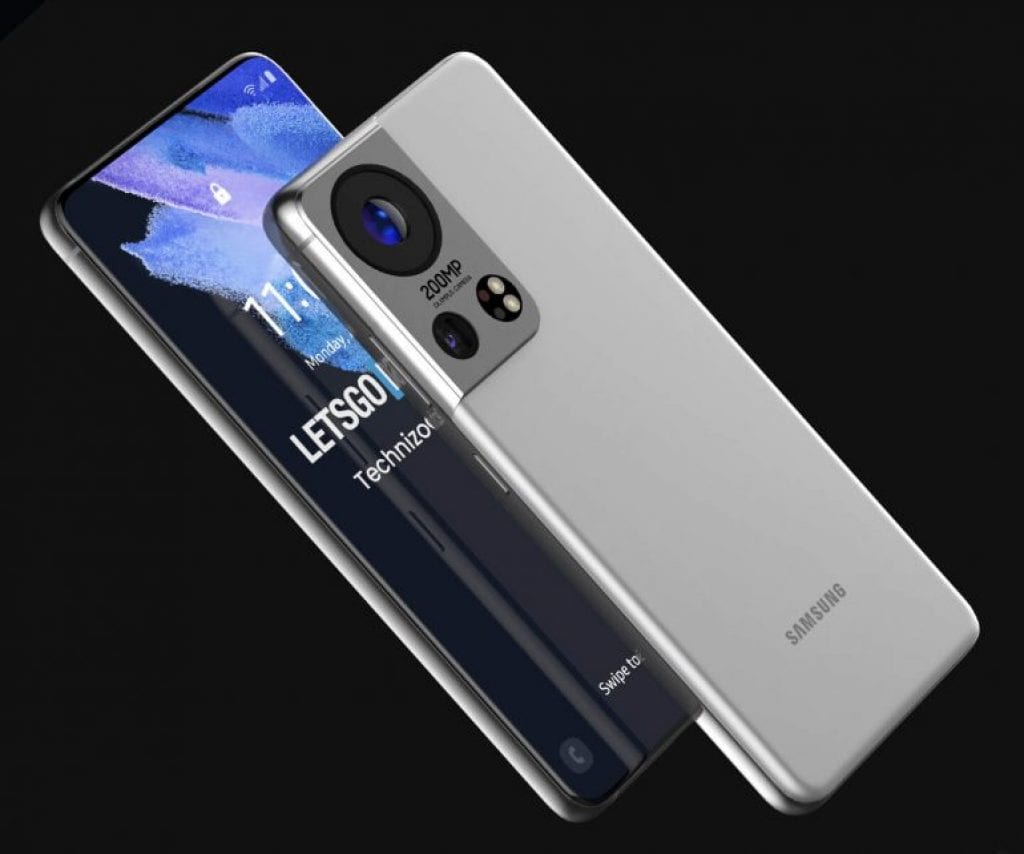 The 200 megapixel camera lens is extra large, in line with the current trend of smartphones. Consider, for example, the Xiaomi Mi 11 and the soon-expected Huawei P50 Pro . A larger lens can collect more light, which improves image quality in poor lighting conditions.

Last month, Samsung Exynos already put a teaser online via Twitter in which it became clear that the company is developing a 200-megapixel image sensor. It is the successor to the 108 megapixel image sensor that can be found in the Galaxy S21 Ultra , among others . It is therefore not inconceivable that the new sensor will be the first to be used in the Galaxy S22 Ultra.

Incidentally, it is still unknown in which areas the knowledge of Olympus will be used, it may concern image processing and color calibration. Some time ago a new processor from Samsung surfaced, codenamed ‘Olympus’. Possibly that this is related to each other. Both companies have not yet officially confirmed the news. 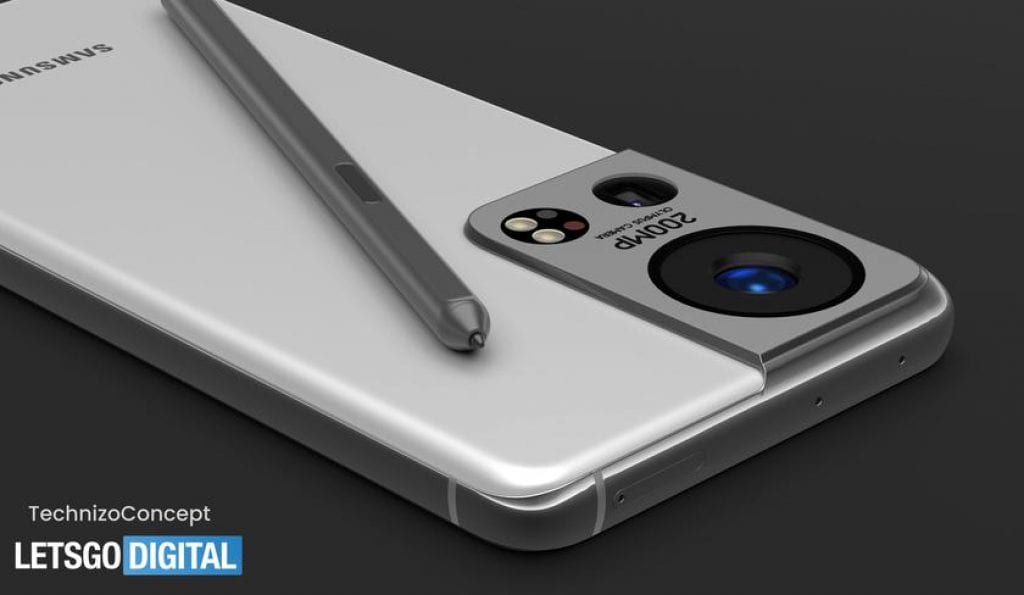 Olympus is a pioneer in the field of mirrorless cameras and lenses. The Japanese manufacturer, together with Kodak, set up the FourThirds as standard. This resulted in 2008, together with Panasonic , in the Micro FourThirds system; an SLR camera, without a mirror, or a system camera. Micro Four Thirds cameras have significantly smaller image sensors than a DSLR, making these interchangeable lens cameras a lot more compact and manageable than a regular SLR camera. While the image quality is almost the same.

The camera business has been dealing with declining sales numbers for years, mainly due to increasing competition from smartphones. This prompted Olympus in June 2020 to sell the company’s camera business to a Japanese investment company called Japan Industrial Partners / OM Digital Solutions Corporation. The acquisition was completed at the beginning of this year, thanks to a license issued, OM Digital Solutions can continue to use the Olympus brand name.

Olympus recently announced during the CP + 2021 fair that it will collaborate with other companies that are not in the camera or lens industry. Although details about this have not yet been shared, the puzzle pieces seem to be falling into each other further and further. 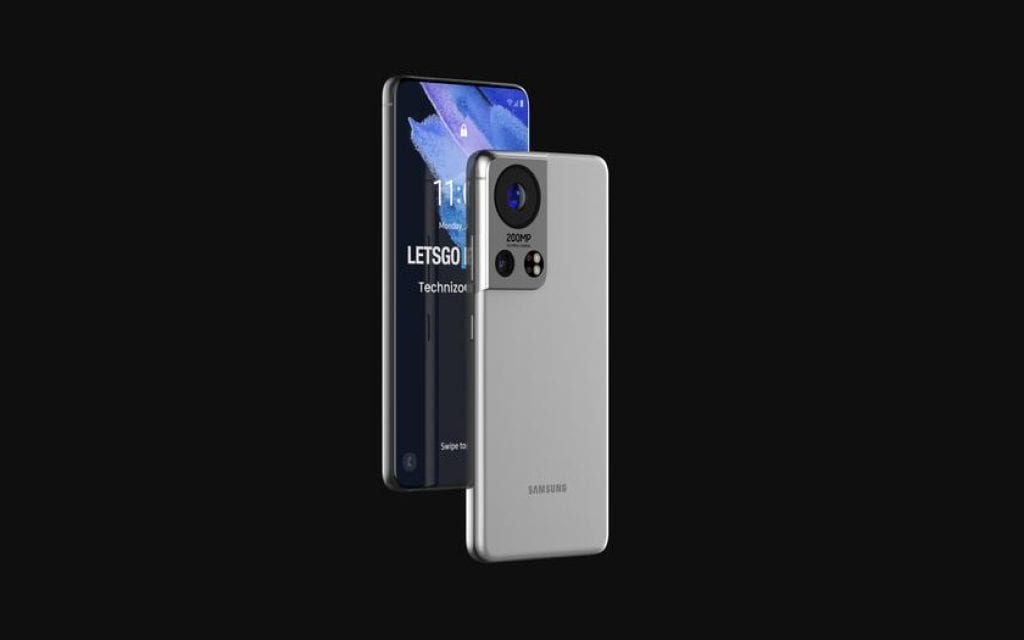 Samsung has been the market leader in smartphones for years. The Galaxy S21 series released at the beginning of this year are selling better than ever before. Nevertheless, competition from Chinese brands in particular is increasing. To stay at the top, Samsung will have to keep innovating. A collaboration with Olympus can therefore provide a new impulse.

It is known that Samsung wants to bet extra high this year with its foldable smartphone line-up. The Samsung Galaxy Z Fold 3 should be a particularly innovative model, it also seems to be the first foldable phone to support the S Pen. According to some, the Z Fold 3 will also be the first Samsung smartphone with an Under Display Camera (UDC), or a selfie camera that is processed under the screen.

Another Xiaomi Mi 11: Xiaomi will present the Mi 11X smartphone with Snapdragon 888 processor next week