Google Pixel 3a appeared in Geekbench days before its launch

Google Pixel 3a Geekbench: Google’s Pixel 3a and Pixel 3a XL will eventually be officially released on May 7th at the company’s annual developer conference I/O.

As we are approaching that date, their leaks were more serious than before. Recently Pixel 3a in white and purple press rendering, and today a prototype accesses the Geekbench online database.

The phone runs Android 9 Pie without any surprises. It has 4GB of RAM and is powered by a Qualcomm chipset, but the strange thing is that the motherboard lacks detail.

Past rumors say that the larger Pixel 3a XL will master the Snapdragon 710 (although the 730 has recently released), but the Pixel 3a Geekbench scores below 3a XL, so there may be a lower SoC hood. 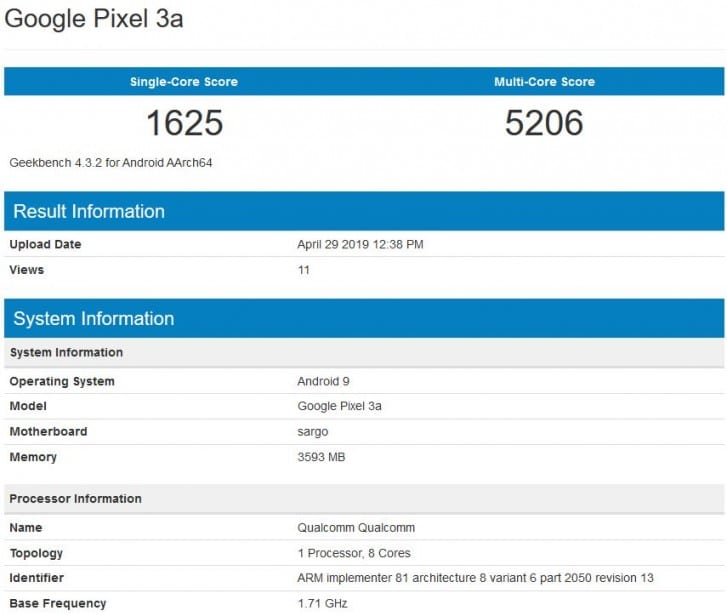 Some speculation was there, that it may be Snapdragon 670, but it remains to be seen. According to Google’s past leaks, Pixel 3a’s screen resolution will be 1080×2220, and its size is expected to be about 5.6″.

Next Tuesday, all these details should be confirmed, unless more leaks continue to emerge – from the current situation, this seems entirely possible. It has been a long time since the Google hardware incident left us with any surprises.