Honor 8A Pro Officially Available in Russia: Chinese phone maker Honor announced the Honor 8A Pro in Russia. Earlier this year Honor released the Play 8A and now as the follow up of the device, it’s releasing a slightly more capable version dubbed Honor 8A Pro.

The rest of the Honor 8A Pro configuration is the same as the previous Play 8A. It is powered by the Helio P35 SoC with 3GB RAM and starts EMUI based on Android Pie 9. 64GB of storage and a dedicated microSD card slot is also there, so you don’t have to confuse in between the second sim and more storage card.

Camera department of the Honor 8A Pro is handled by the 13 MP rear camera and an 8MP front camera. Along with it, the phone comes with the 3,020 mAh battery that gets charged from a micro USB port.

Price and When to expect? 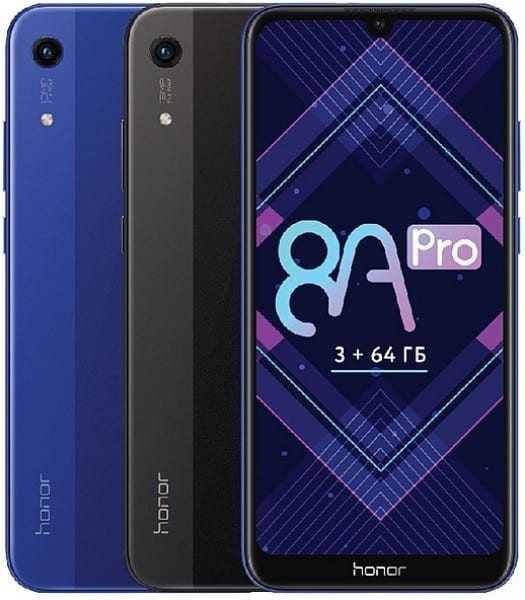 The price tag of Honor 8A Pro is RUB13,990 (~$218/~€192), the novelty offered in Black and Blue colors, and it’s already available in Russia on the official Russian website of honor.

HONOR Magic4 Series to unveil at MWC on February 28

Honor 60 Specs leak ahead of announcement on December 1