Home » Blog » Huawei P30 Pro and P30 Premiere : 10x zoom and shooting at night as during the day
News

Huawei P30 Pro and P30 Premiere : 10x zoom and shooting at night as during the day

At a presentation in Paris, Huawei announced a new generation of P-series flagships. The Huawei P30 Pro and Huawei P30 received an updated design and impressive Leica cameras. 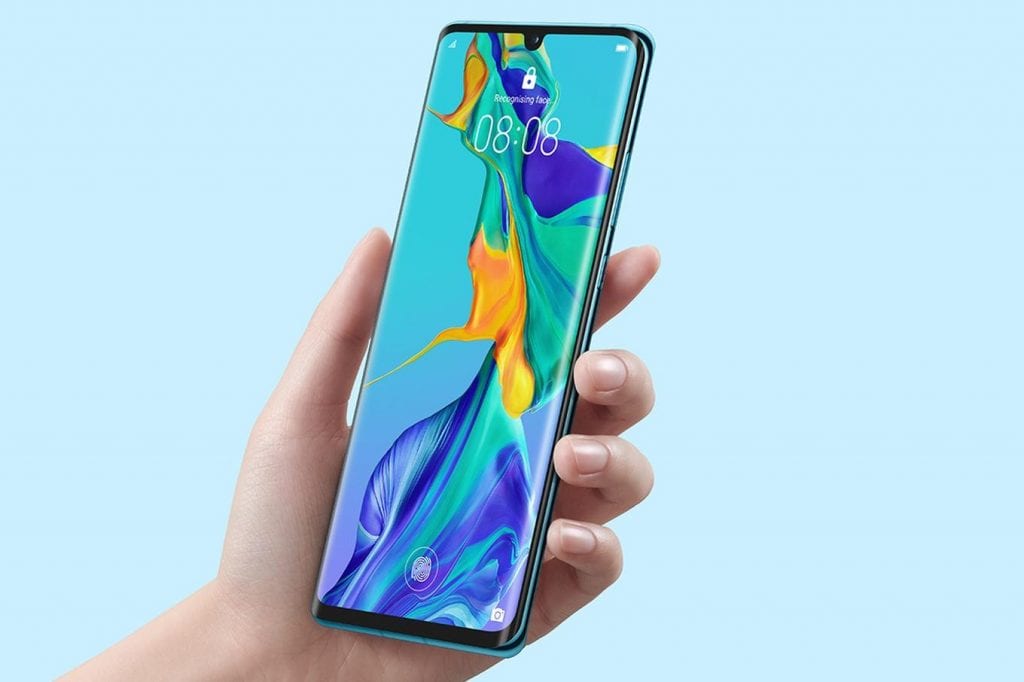 Huawei P30 Pro got curved on the sides of a 6.47-inch OLED-display with a resolution of 2340×1080 pixels, built-in fingerprint scanner, and cut-droplet. Inside – the flagship eight-core processor Kirin 980 of its own development of the company, which showed itself well in the Mate 20 Pro.

RAM 6 or 8 gigabytes, the amount of flash drive is 128 or 256 gigabytes (in some regions – up to 512 GB). Unusual NM (Nano-Memory) format memory cards are supported. The manufacturer used a 9-layer coating for interesting light overflows on the glass back panel. Five colors are available. The case is protected from dust and water according to the IP67 standard.

Standard Huawei P30 meets 6.1-inch screen with a “drop” and the same fingerprint sensor, but the usual 2.5D effect instead of bends. A version with 6 GB of RAM and 128 GB of internal memory without the possibility of expansion is available.

There are other configurations with 8 GB of RAM and a 64/128/256 GB drive available as well. Another camera system was installed at the back (more on that later), and there are also six body colors. There is no complete protection against water here – only against IP53 splashes. The 3.5 mm audio jack is only available in the standard P30. 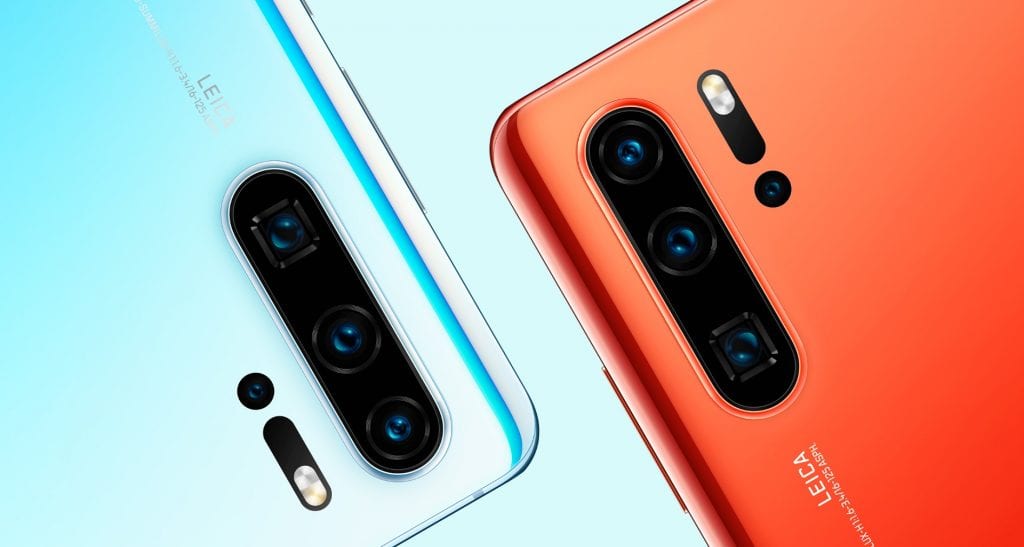 It is under this slogan Huawei presents its flagships. And they have something to show. On the back of the Huawei P30 Pro as many as four cameras. The main received a 40 Megapixel large 1 / 1.7 ” sensor with a new RYB light filter circuit (yellow instead of green), which allows you to capture 40% more light. Together with f / 1.6 high-aperture optics, this allows you to take bright pictures almost in pitch.

There is a 20 Megapixel module with f / 2.2 aperture and a viewing angle of more than 120 degrees and super macro mode, as well as a ToF camera for determining the frame depth. And the most unusual 8 Megapixel camera (f/3.4, OIS) with optical system on the principle of the periscope. 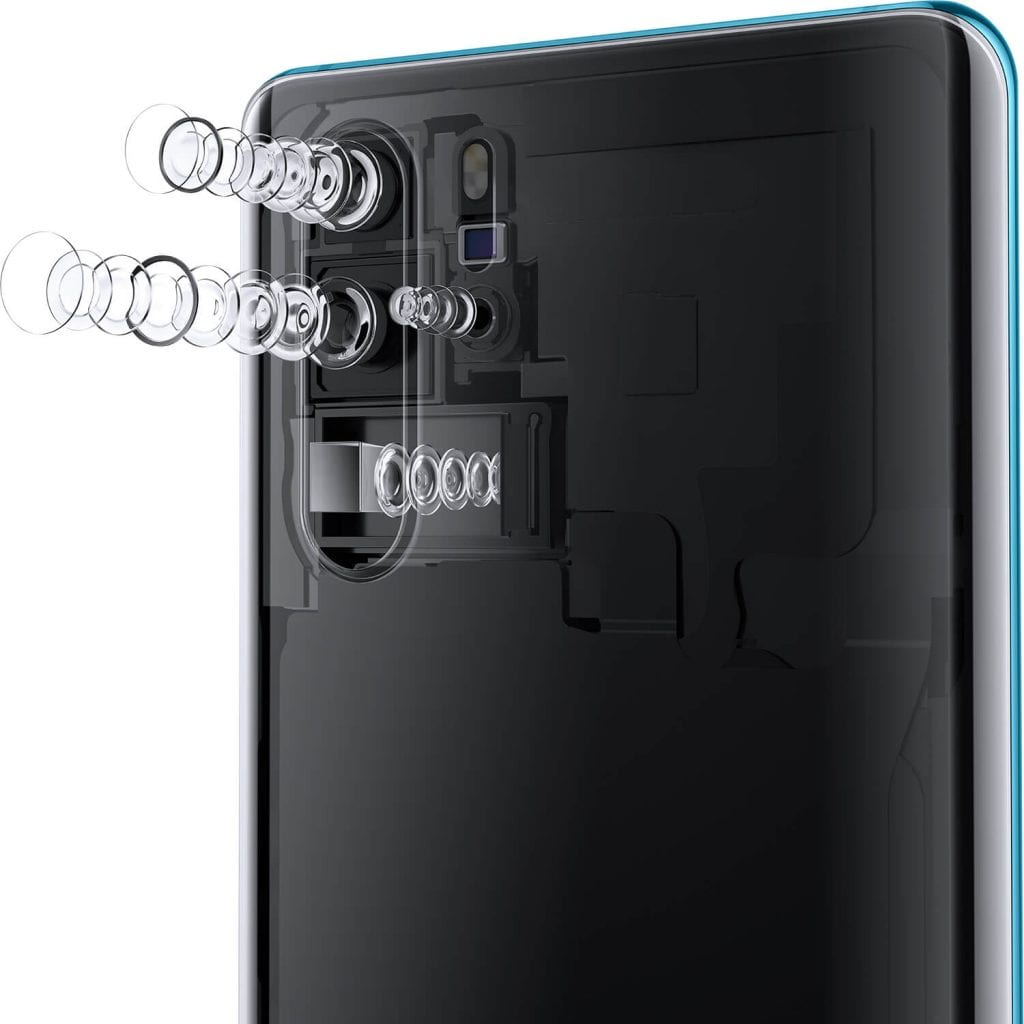 It provides a 5x zoom and 10x hybrid zoom with no loss of quality. During video recording, you can switch between different modules, and in the future, it will be possible to combine images with different perspectives. Selfie Camera for 32 Megapixels. 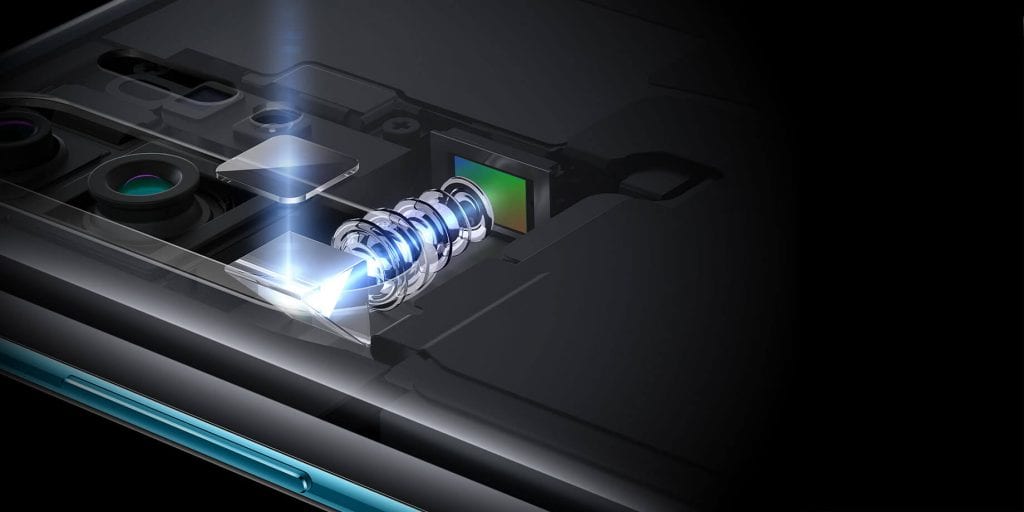 The Huawei P30 has a triple rear camera. It also uses a 40-megapixel RYB sensor and optical stabilization, but optics is different – f / 1.8. “Shirik” 16 Megapixel, the third 8 Megapixel modules with a threefold approximation. The P30 also supports night mode. Selfie camera is the same at 32 Megapixels.

By the way, the Huawei P30 Pro got the maximum 112 points from DxOMark specialists and is now at the top of the smartphone camera rating.

The operating system uses Android 9 Pie with the EMUI 9.1 shell, in which developers managed to accelerate the launch of applications by 52%, and the response to touches – by 69%. 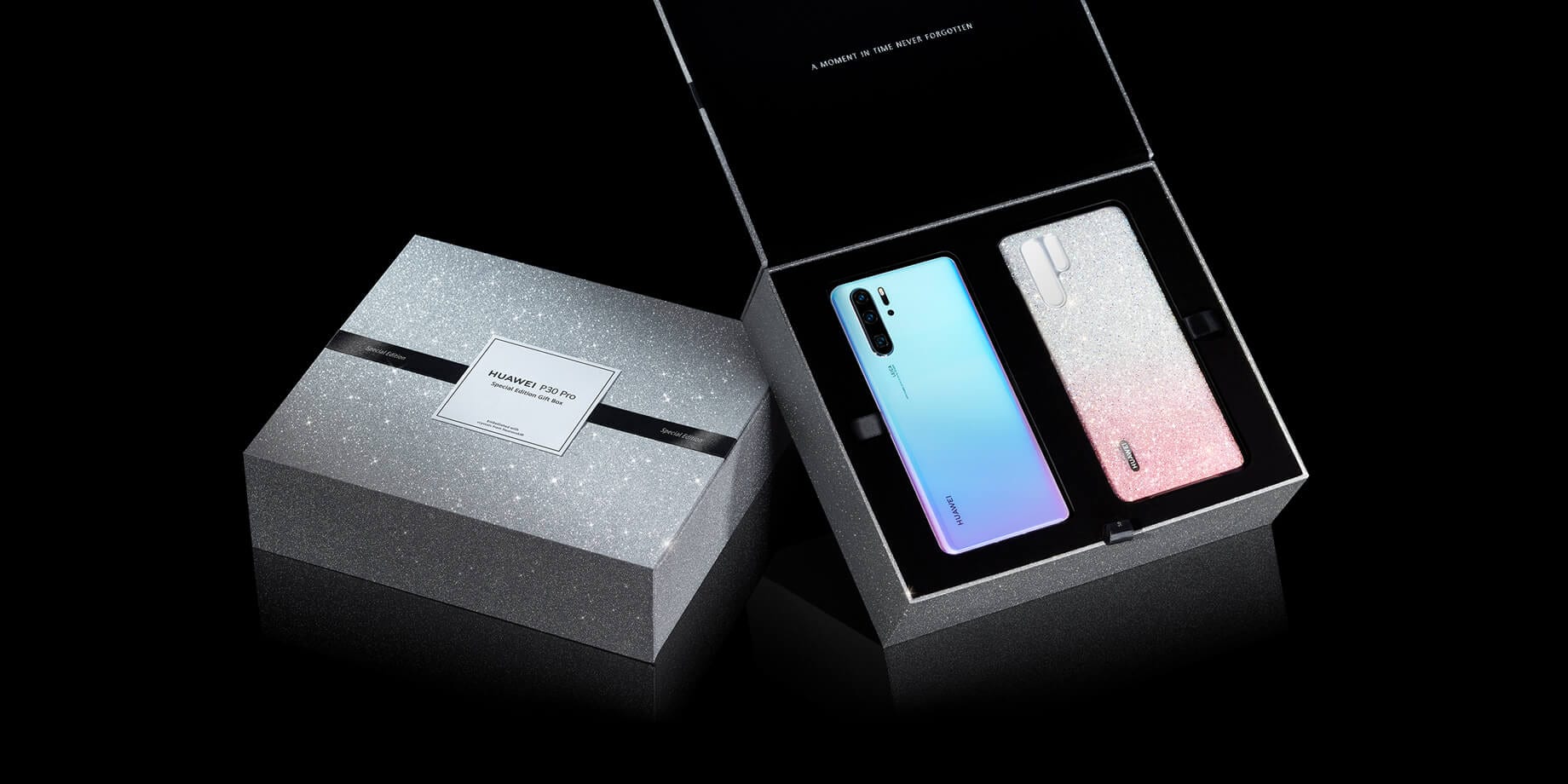