Huawei only revealed the updated design of the crown button on the Watch 3 in the promotional poster; everything else is kept under wraps. However, authentic Huawei Watch 3 live photos have just leaked on Weibo.

The Huawei Watch 3’s general design style hasn’t altered all that much, with the major emphasis on the material and the crown. The crown, which includes a number of additional features, is the most noticeable change in the Huawei WATCH 3 series watches’ appearance. When you can go on a field trip, the crown is very playful this time.

On the Huawei Watch 3 Series, HarmonyOS will be pre-installed, and as live photos indicate, it will be able to make independent phone calls thanks to e-SIM, and also use the contact app. You may also reply to WeChat messages and install specific programs.

Remember the ECG version of the Huawei Watch GT2? The ECG is also included in the new Watch 3 series, and the additional features are more powerful. Huawei is devoted to heart health while also focusing on the practicality of wearable devices; smartwatches will become more than a wristwatch; it will become your wrist health assistant.

The Huawei WATCH 3 Series’ most anticipated feature is definitely what new wisdom features are planned to be used with HarmonyOS.

HarmonyOS was developed for the Internet of Everything age, and it is predicted that Huawei WATCH 3 series equipped with HarmonyOS would be able to communicate with other Huawei terminal devices, allowing the new Huawei watch to deliver us new wisdom experiences.

The new watch series will also be separated into at least two variants. The photograph of the packing box below confirms the Huawei Watch 3 and Huawei Watch 3 Pro. 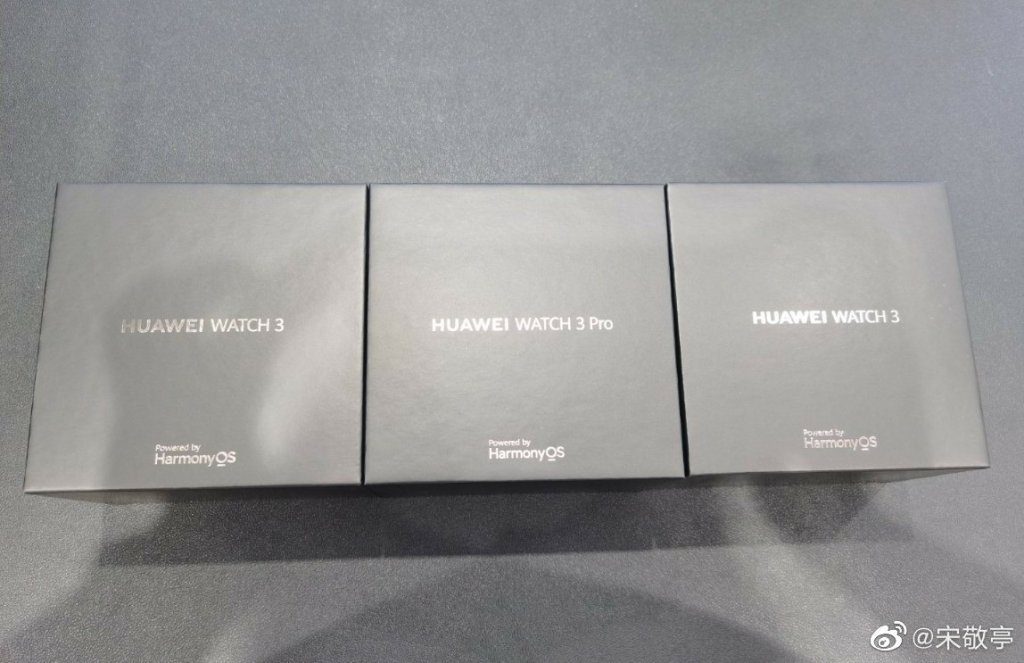