Huawei has officially confirmed that it is going to unveil its new smartwatch on June 2.

We are talking about the model Huawei Watch 3, which, according to rumors, will enter the market in two versions: regular and Pro. The main feature of the novelty will be the proprietary Harmony OS system. It will support more third-party applications than LiteOS and boast M ulti-Device Transfer technology. With it, the watch will connect to other IoT devices. 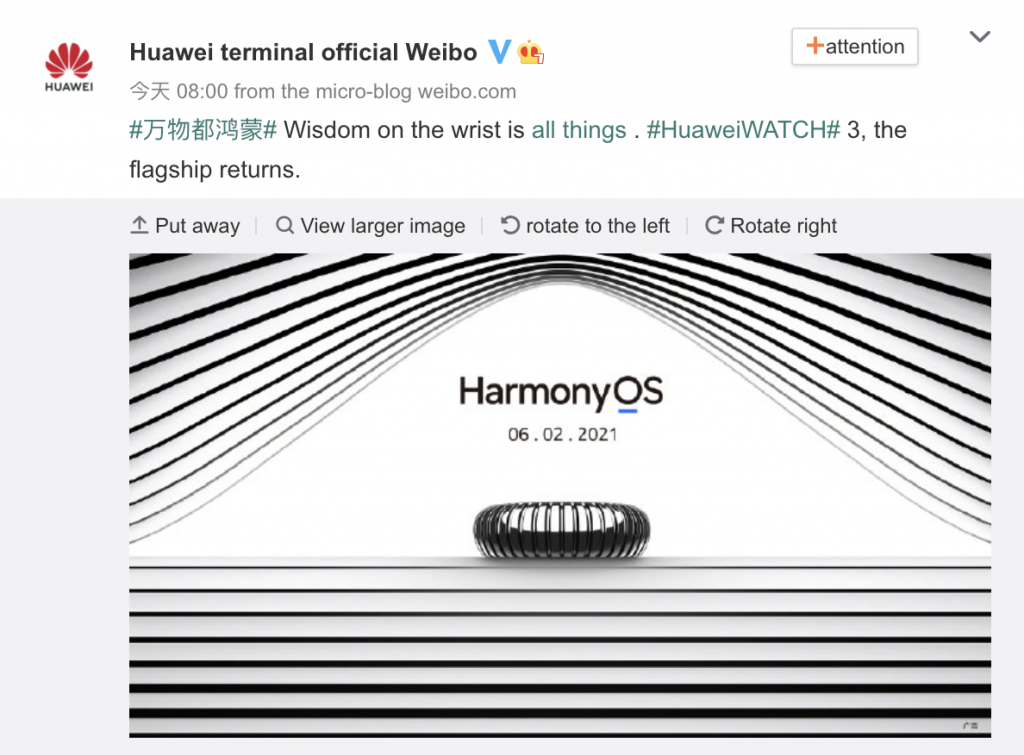 Like the company’s previous models, the Huawei Watch 3 should be powered by a Kirin processor. In addition, they are credited with a round screen, 46 mm case, and eSIM support.

By the way, according to insiders, Huawei will present not only a watch, but also a line of MatePad 2 tablets on June 2.