Home » Blog » Lenovo is preparing an affordable tablet Tab M10 5G with a Snapdragon 690 processor, a 10-inch screen and 6 GB of RAM
News

Lenovo is preparing an affordable tablet Tab M10 5G with a Snapdragon 690 processor, a 10-inch screen and 6 GB of RAM

It seems that Lenovo is working on a new tablet called the Tab M10 5G, which has already appeared in the GeekBench benchmark and Google Play Console with the model number TB-X607Z.

It looks like it will be a mid-range tablet with a screen of about 10 inches. According to the Google Play Console, it will receive the Qualcomm SM6350 chipset, which is a Snapdragon 690 5G-8nm chipset with six Kryo 560 Silver cores clocked up to 1.7 GHz and two Kryo 560 Gold cores clocked up to 2.0 GHz, as well as the Adreno 619L. 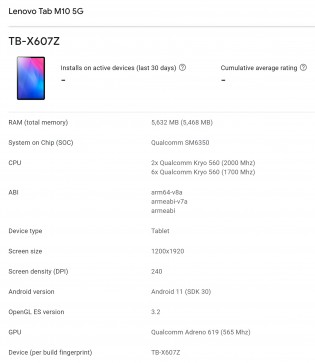 The GeekBench database doesn’t reveal any new details other than the Android 11 operating system, but it does confirm the presence of a Snapdragon 690 5G and 6GB of RAM. 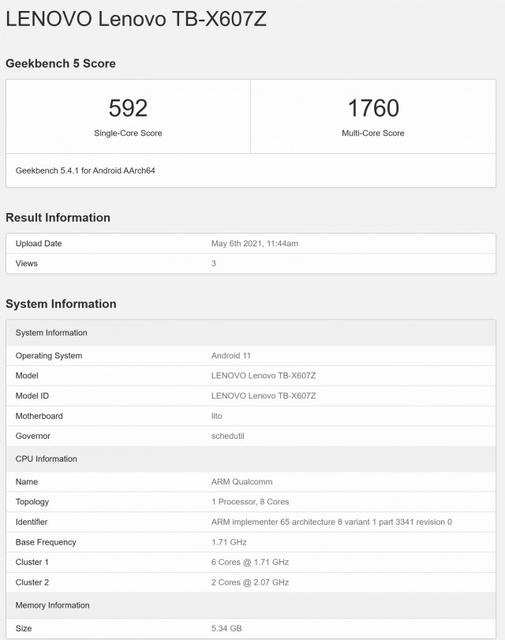 When the Lenovo Tab M10 5G will be officially presented is still unknown, but its appearance in the Google Play Console may mean an early exit.