Lenovo announced that it’s Lenovo Legion 2 Pro gaming smartphone launched in China on 8 April at a launch event. The company has now been teasing the phone’s features before the official announcement.

In a recent teaser, the smartphone has been shown to be the first one worldwide to use super liquid cooling technology with a dual turbofan and an integrated heat dissipation mechanism to ensure that the device does not heat up during heavy usages. 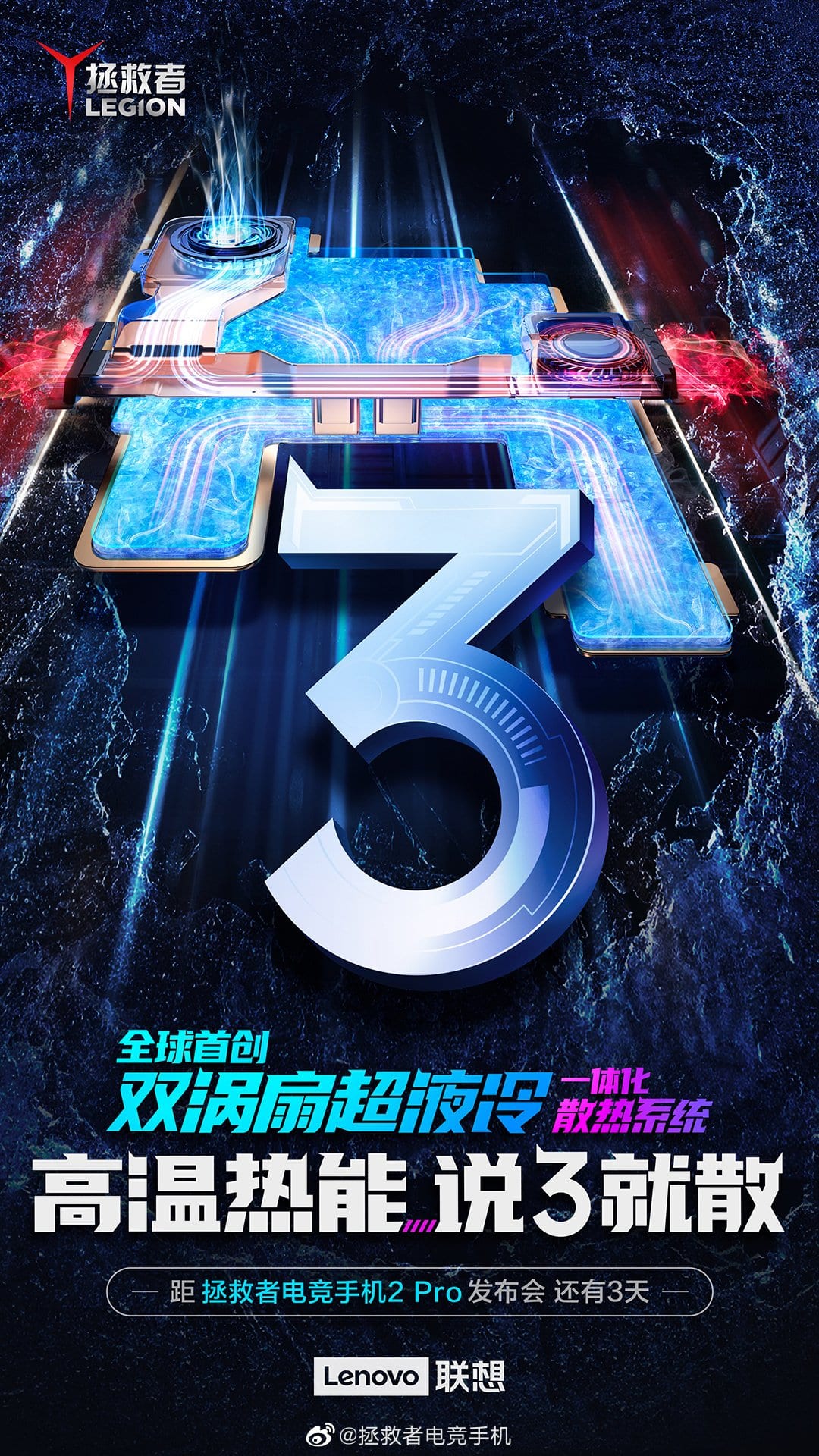 Besides that, the company reported the camera setup on the smartphone in another teaser. It comes with a primary sensor of 64 megapixels with a 1:32 inch sensor and support for the video recording of 4K 120fps and 8K 30fps.

Earlier, a 44MP front-facing camera has been confirmed to come with the Lenovo Legion 2 Pro gaming smartphone. This is a huge leap from the Legion Duel/Legion Pro’s 20MP camera.

To date, a Full HD+ AMOLED 6.92-inch display with a 144 Hz refresh rate and a 720 Hz touch sampling rate is confirmed to the upcoming flagship smartphone from Lenovo.

The device is powered by Qualcomm’s Snapdragon 888 processor, with up to 16GB RAM and a storage capacity of up to 512GB. In addition, the battery size has been increased from 5000mAh to 5500mAh in the first-gene model.

It offers 90W fast wired charging but an updated charging algorithm comes with the device. Lenovo even says that, even after 1200 charge cycles, the battery will continue to maintain 85% of its original power.

Lenovo L01 Miniature Bluetooth Speaker with IPX5 protection, built-in microphone and autonomy up to 16 hours for $12