Lenovo Z6 Pro official exposure of the back photo? Representation or related to Ferrari

Lenovo Z6 Pro official exposure of the back photo: On the evening of April 9th, Beijing time, Lenovo’s mobile phone official announced that “there are important things to announce tomorrow, wake up in the morning and remember to come to see me.” At the same time, it also has a back view of the Lenovo Z6 Pro. At the same time, the vice president of Lenovo Group and the general manager of Lenovo Mobile’s China region also forwarded this Weibo for the first time. It seems that this official announcement is not static. 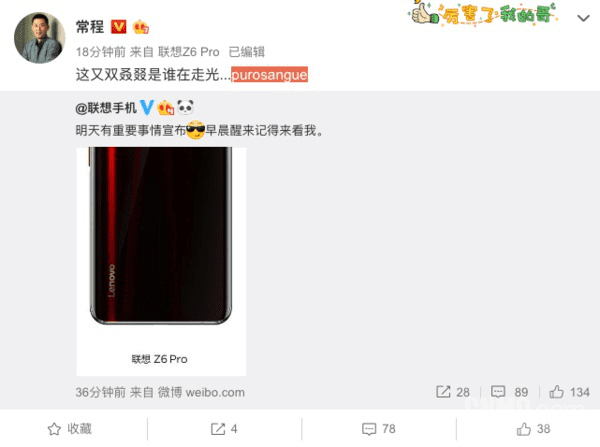 Judging from the frequent Weibo copy, the message “This is another person who is in the light…purosangue” is quite unprofessional. Purosangue is the first SUV model that Ferrari is expected to launch in 2022. A car factory focused on super-running, its first SUV naturally attracted the attention of fans around the world and attracted a lot of attention since the release date. The name of this model attached to this regular route seems to imply that Lenovo Z6 Pro or Purosangue has some similarities in many aspects. 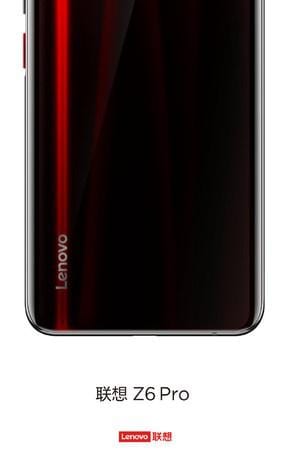 In fact, on April 8, Official said that Lenovo Z6 Pro will be Lenovo’s second Snapdragon 855 flagship, and will be listed in April. At that time, several large characters on the propaganda poster “Full Blood Edition Snapdragon 855” were particularly eye-catching.

Obviously, this reflects Lenovo’s confidence in the performance of this product. Just like the super sports car factory Ferrari is an SUV model, the performance does not have to worry.

On the other hand, according to previous reports, we have learned that the Lenovo Z6 Pro has the “Hyper Video” function, which can output up to 100 million pixels of photos. I don’t know what the actual shooting effect of the machine will be. In short, Lenovo has made a splash in the gimmick.

In the second quarter of 2019, Lenovo’s mobile phone has not yet released a new machine in addition to the Lenovo Z5 Pro GT 855 version previously released. In addition to the currently established OPPO Reno and Huawei P30 Pro in April, Nubia also announced the existence of a new generation of Red Devils mobile phone at the press conference on April 8. Obviously, the strong enemy in front of Lenovo Z6 Pro is not Less, can you kill a bloody way to see the new product’s ability.

Lenovo L01 Miniature Bluetooth Speaker with IPX5 protection, built-in microphone and autonomy up to 16 hours for $12

Lenovo LP40: Fully wireless earbuds with IPX5 protection, USB-C port and autonomy up to 20 hours for $12