Meizu 16s Night Shoot Capability: With the release date approaching, more and more news about Meizu’s new flagship Meizu 16s has been released recently. Recently, the aircraft has officially entered the network (model M971Q), the appearance is no suspense. At the same time, the new night scene proofs and running points data were exposed one after another, which made people look forward to the flagship machine of the “real machine is very beautiful” in this yellow chapter.

According to the information of the Ministry of Industry and Information Technology, Meizu 16s continued the Meihai 16th bangs design, the difference is that the back double camera and flash to the left, while supporting screen fingerprint recognition.

At the same time, a Weibo user released a group of Meizu 16s on the iPhone X, Xiaomi 9, Samsung S10+ night proofs contrast. According to him, the Meizu 16s photo is still optimized, and the performance is outstanding. 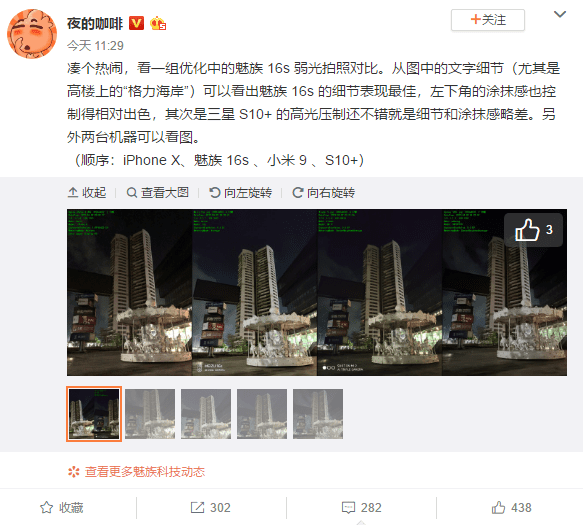 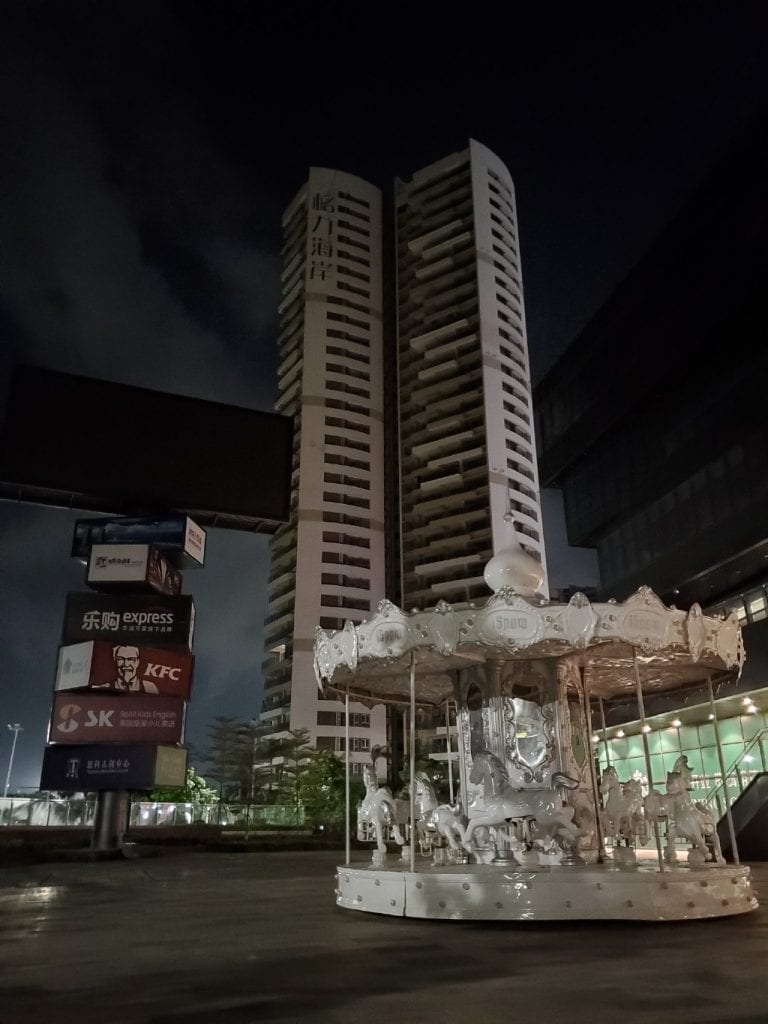 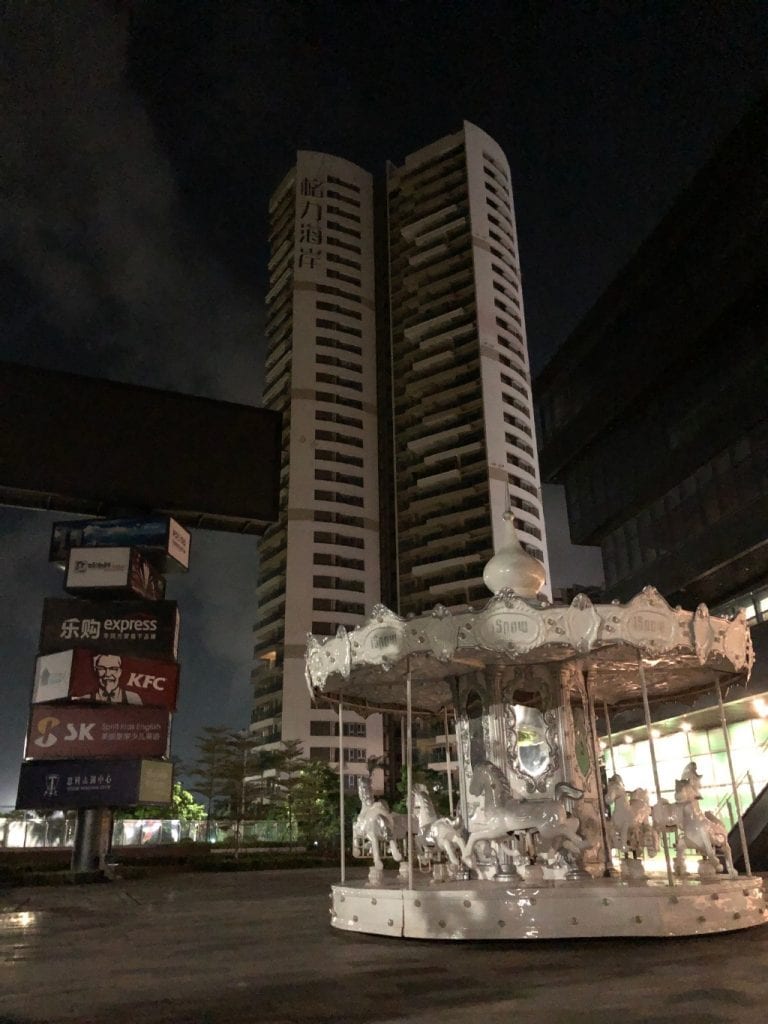 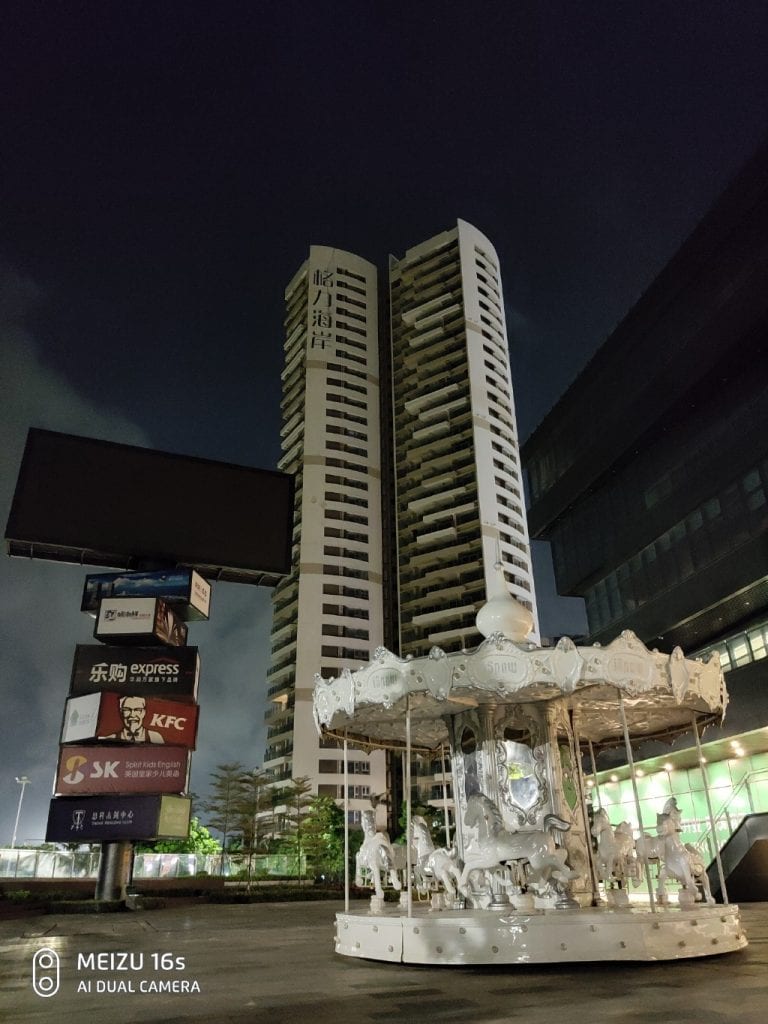 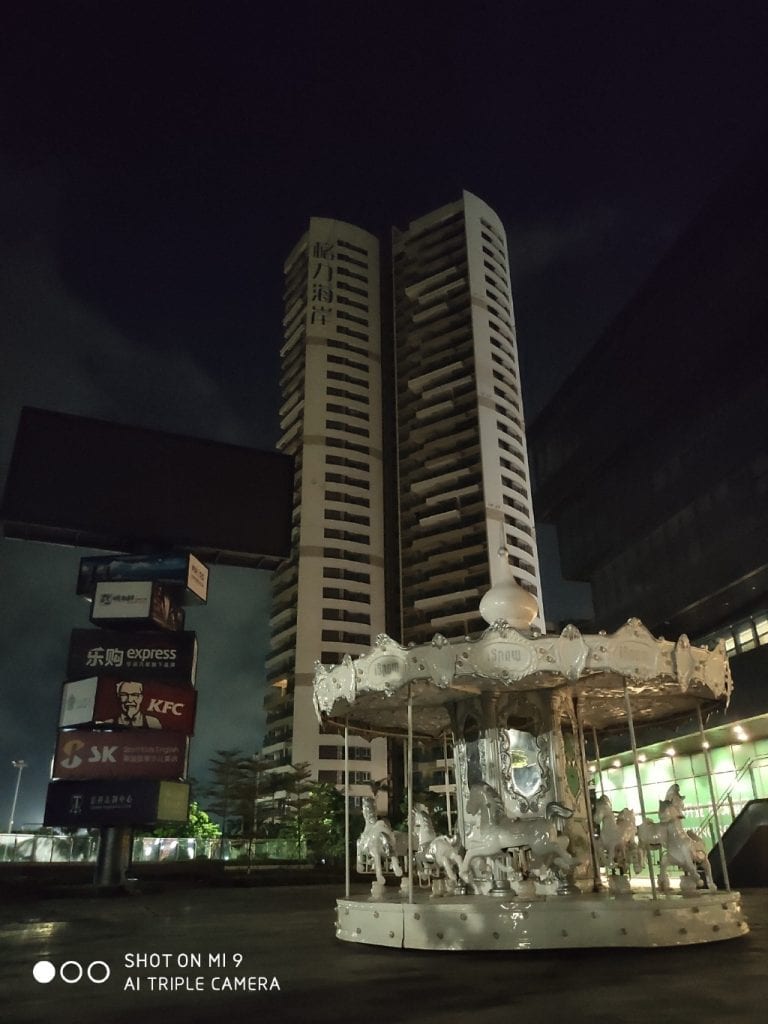 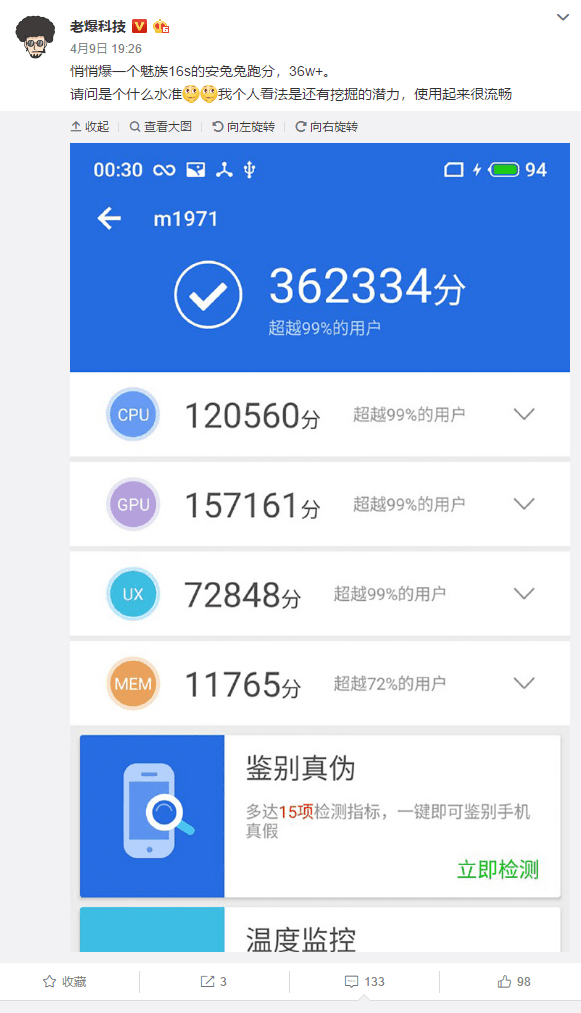 It is worth mentioning that the Meizu 16s on AnTuTu, which was code-named M1971, was once again exposed. The screenshots showed that the score was 362,334 points, surpassing 99% of users.

Compared with the last exposure of 357,975 points is a lot higher, it seems that Meizu 16s has a very large optimization potential to dig. 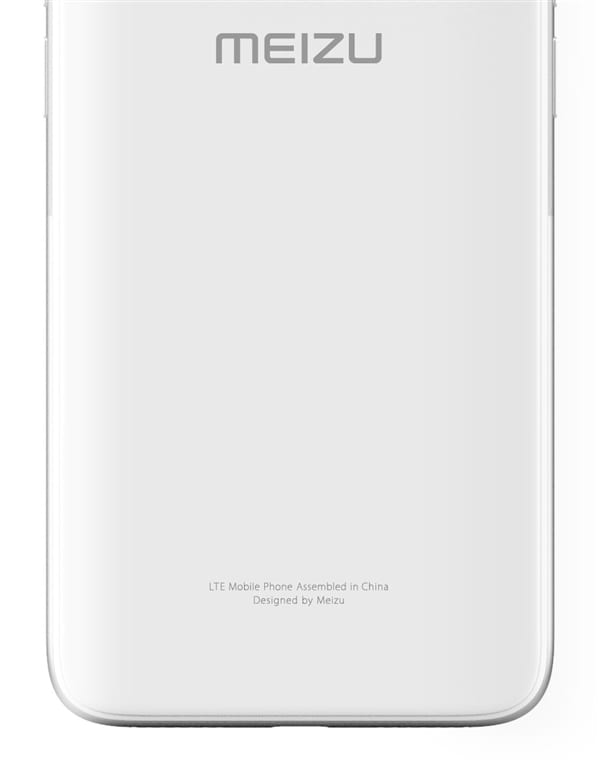 Previously, Huang Zhang had revealed that Meizu 16s began to mass production at the end of March and went public in April. At the same time, it also said that “selling 2998 yuan(~ $446) cannot afford”, suggesting that the price of the machine will exceed 3,000 yuan(~$447). The new machine is expected to be officially released this month, and it remains to be seen.

Meizu Watch Smartwatch Image appeared on the network: A copy of the Apple watch

Transparent foldable phone from LG is a unique device