Meizu 17 5G phone: Meizu just last week introduced its flagship smartphone Meizu 16s. Despite this, the company has already shared some details about the next version of the device.

Meizu representatives attended the event of one of the largest operators in China, dedicated to the network of the fifth generation. On it, they said that their new flagship will be called Meizu 17. Unlike the current model, it will support the 5G network. 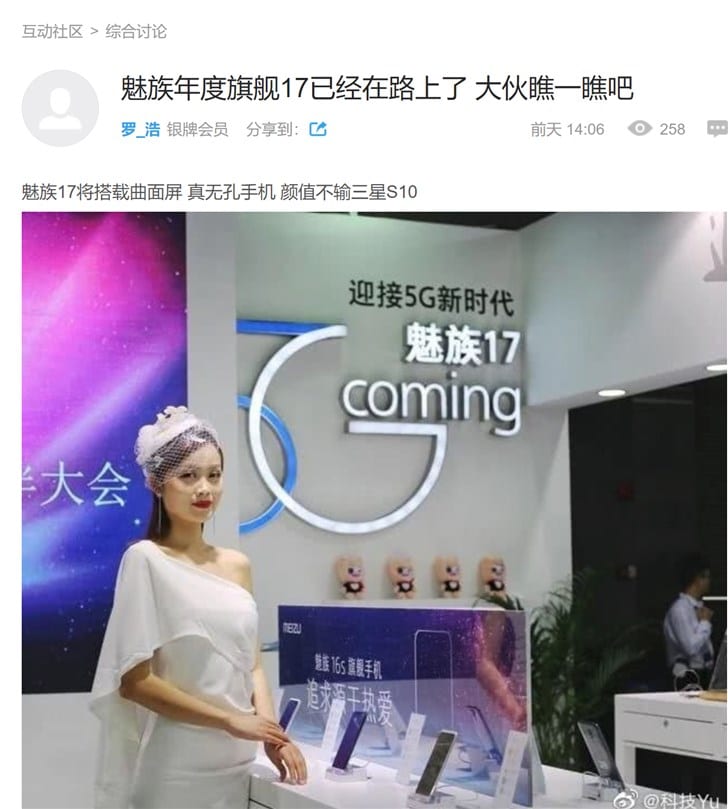 According to the leaks, the Meizu 17 is very similar to the “Zero” non-porous mobile phone that Meizu failed before crowdfunding, but the authenticity has yet to be confirmed.

Huang Zhang said before that the crowdfunding of Meizu Zero was carried out by the marketing department. The non-porous mobile phone is only a pre-research project of the development department, so it cannot be ruled out that Meizu 17 will adopt a similar design.

It is reported that zero is the first model released by Meizu in 2019. It is also the most creative product of Meizu’s history. Zero adopts ONE PIECE Unibody integrated ceramic body, and the front cover is 5.99-inch AMOLED screen. A 20-megapixel beauty lens is placed and an optical fingerprint is built into the OLED flexible screen.

Meizu Zero also uses mSound 2.0 screen sound technology to get rid of the constraints of speakers and microphones, and at the same time join eSIM, support IP68 level dustproof and waterproof.

Naturally, the expectation for Meizu 17 this year is not worth it. The novelty, most likely, will be shown in the first half of 2020.

OUKITEL K9 performance test: what can a 7.12-inch giant do