Later on this week, the owners of Meizu 18 and Meizu 18 Pro will be updated to add an exciting new functionality to their smartphones.

On 2 April the owners will be able to upgrade the display resolution to the QHD+ and refresh rates to 120Hz, as announced by Meizu.

Otherwise, Meizu 18 and 18 Pro owners can only select if the resolution is high or the rate of refresh is best, but both can be set to the highest with the update. 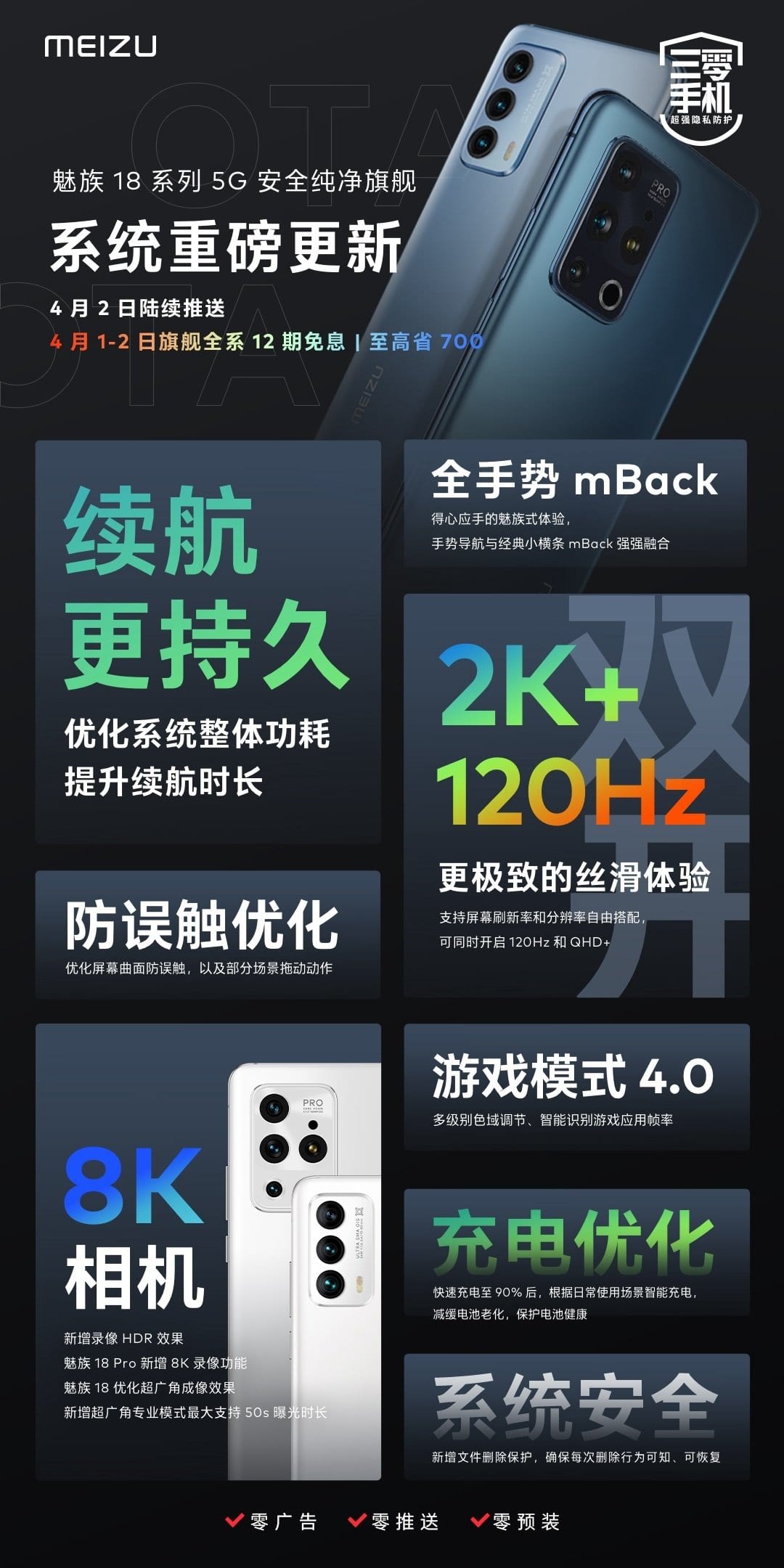 The update would also improve the electricity usage and charging of the two tablets. Meizu lists new features for the camera such as 8K Meizu 18 Pro video recording, HDR video recording, an ultra-wide integrated angular camera. Optimization of Game Mode 4.0 will also be there.

Both phone models will have the update available from April 2.

Meizu Watch Smartwatch Image appeared on the network: A copy of the Apple watch

Realme UI 2.0 (Android 11) joined by Realme C3 and Realme Narzo 10A for the Early Access Program