An imaging system the size of a coarse grain of salt has been created by researchers from Princeton University and the University of Washington. It’s based on a metasurface with 1.6 million cylindrical posts and can function similarly to a camera sensor.

Each post functions as an optical antenna, gathering light and shaping the optical wavefront, which is then created in full color using AI algorithms. 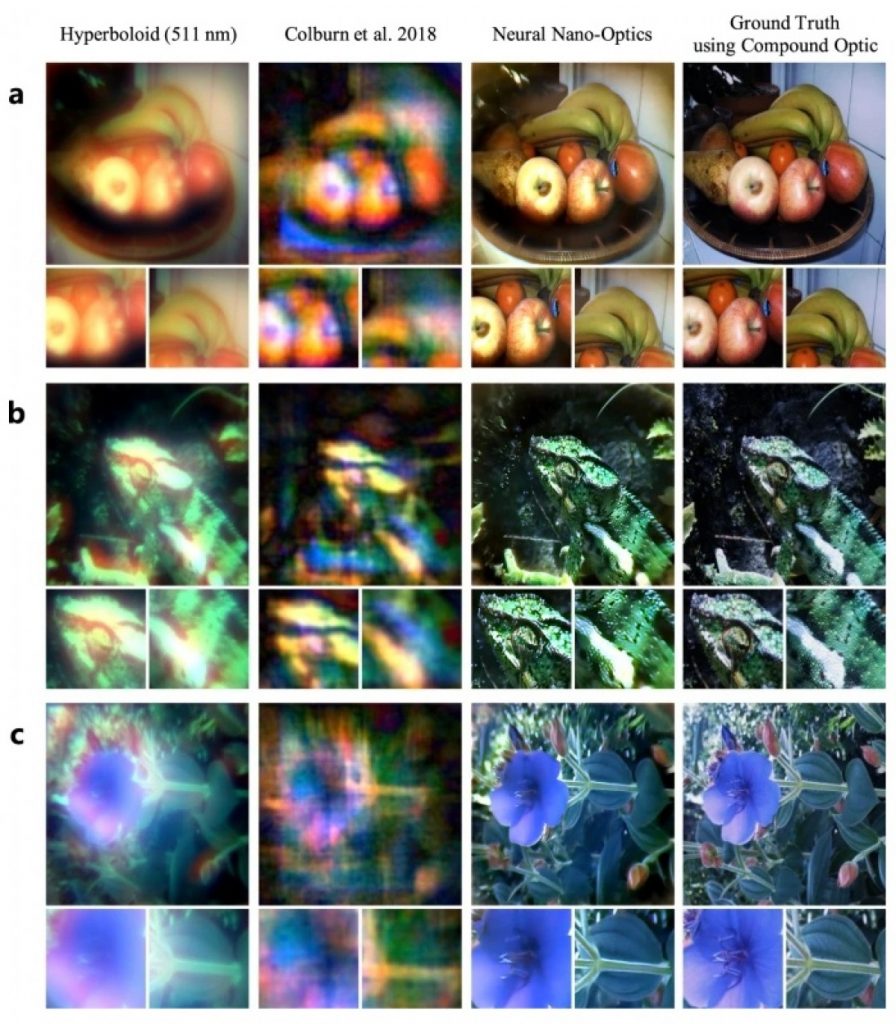 Standard cameras employ a sophisticated structure of plastic and glass lenses that bend light onto a sensor, which then transmits the information electronically.

The new method is based on a metasurface, which is a thin layer made up of individual microscopic components that can refract light in any direction.

Returning to the camera, this metasurface, and its cylindrical posts, the novelty lies in determining the right tube design and designing a signal processing method capable of producing an actual image.

Instead of operating like a laser, which created hazy, distorted pictures with a limited field of vision, the metasurface camera was able to record a full-color photo.

This new type of camera’s primary application is in medicine, where robots will be able to perform minimally invasive endoscopy to diagnose and cure ailments.

Because the metasurface is made of silicon nitride, it can be mass-manufactured more rapidly and at a cheaper cost than lenses for ordinary cameras.

This is the first time that researchers have utilized a front-end design with optical technology and a back-end with neural processing.
This innovation, according to experts, will pave the way for “entirely new ways of manufacturing electronic devices in the future.”