This afternoon, a well-known benchmarking platform, AnTuTu released micro-blog saying, “its database in the background found a new device from Asus, model ASUS_I01WD”. The novelty is equipped with a Snapdragon 855 processor, the screen resolution is 2340×1080, built-in 6GB RAM and 64/128GB internal storage space. 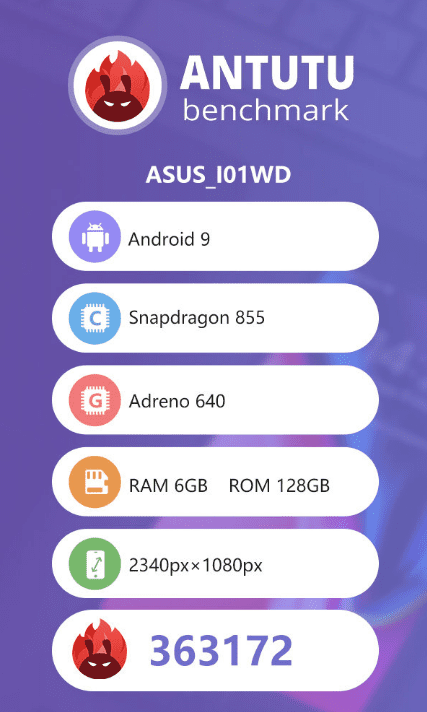 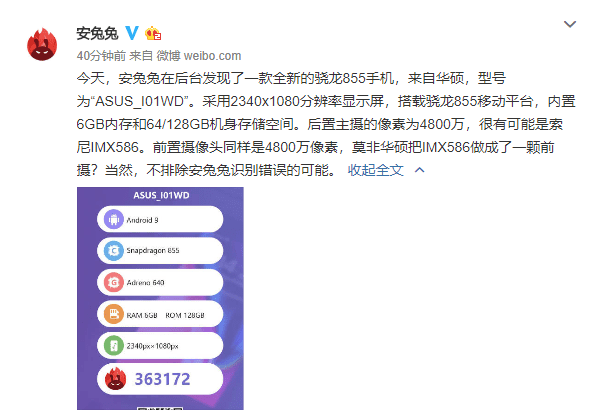 It is worth like nothing when you find that what this device is equipped with, This phone is equipped with a 48 MegaPixel rear camera and 48 MegaPixel front selfie camera. That’s why it intends to be like a new selfie camera king with having such a rare configuration. Antutu also said that the possibility of identifying errors is not ruled out. However, Antutu News Editor confirmed this matter under the Weibo: it is indeed 48 million pixels.

In this way, if no other manufacturers follow up during this time, this new ASUS device will become the new selfie camera king with having the highest megapixel phone in the front.

ASUS rolls out ZenUI updates for the Zenfone 8 and 8 Flip, ROG Phone 5 and 3, Zenfone 6 as well