Nubia Red Magic 3 Geekbench: Few leaks about the upcoming Nubian Red Magic 3 gaming smartphone renders around the web and it is supposed to launch on April 28.

The latest information comes ahead of launch, the gaming smartphone Geekbench listing score just appeared confirming that the handset will indeed be equipped with Qualcomm’s latest and greatest Snapdragon 855. 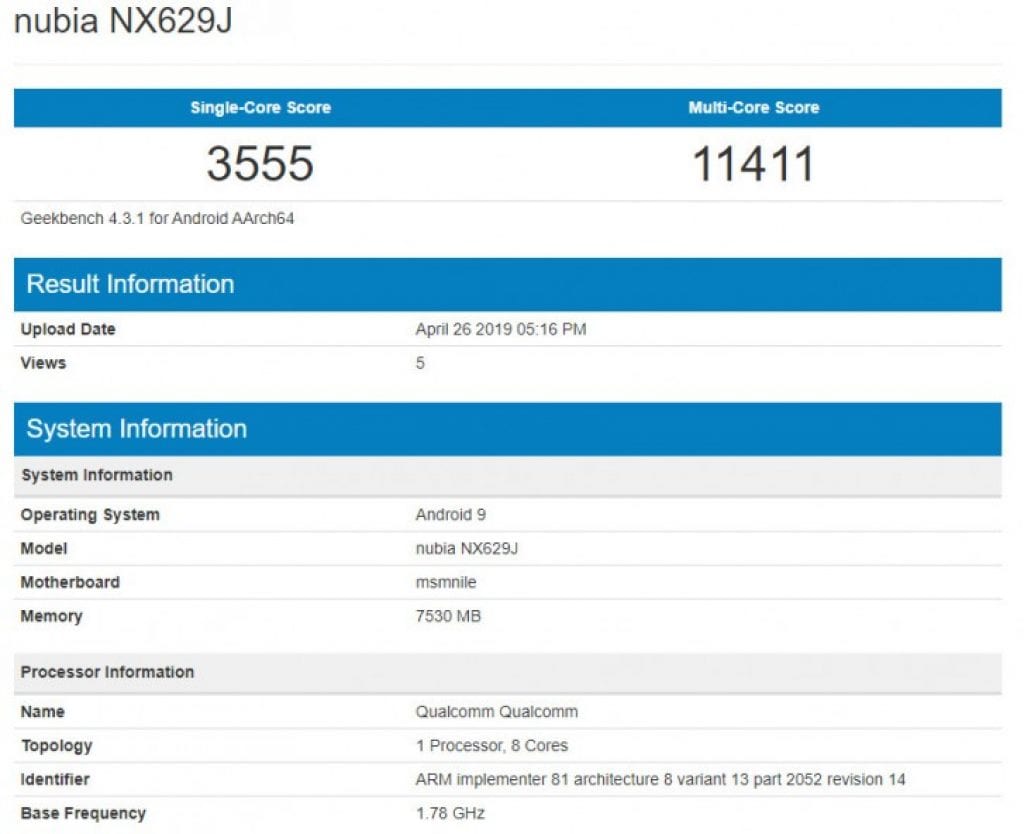 Apart from the chipset, the Geekbench also reveals 8GB of RAM, which is pretty much normal these days, especially for gaming-centric smartphones.

The device will come with a built-in active cooling system, as per the previous rumors, probably a fan, to cool off the Snapdragon 855 chip during long and intense gaming sessions.

The Nubian Red Magic 3 will have a 90Hz screen with a built-in fan cooling s855 chipset.

Google is preparing a new Android OS for button phones