Realme’s new device will be called the Realme X

Realme X: Last week Realme, equipped with large bezel-less display and a pop-up selfie camera, appeared on TENAA. The device was clearly named RMX1901 on the filling, but now there’s information that the Realme smartphone will be called “Realme X”. According to Realme’s chief marketing officer: Xu Qi Chase.

CMO posted a microblog post that revealed the name of the phone. Realme’s promotional video is posted to the mobile phone manufacturer’s Weibo account with the new Realme theme song. The video also shows several quick shots of unreleased smartphones.

This device is quite similar to the device(RMX1909) appeared in the TENAA listing earlier. 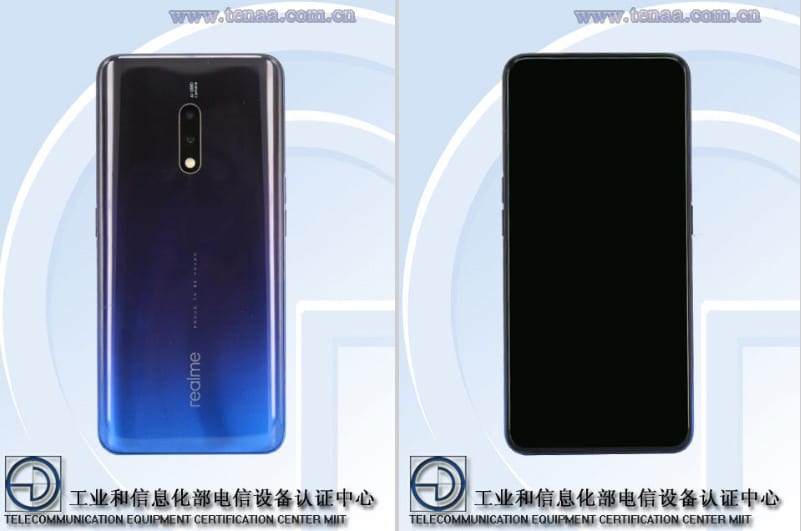 Currently, the only possible hardware specification for the device is a 6.5-inch full HD+ display, a 16-megapixel pop-up self-timer camera and a 3,680 mAh battery.

The Realme X image on the TENAA shows a vertical dual camera setup and a rear LED flash. There is no fingerprint on the back panel of the phone. Therefore, it seems that Realme X may be the company’s first mobile phone with screen fingerprint recognition.

The Realme X measures 161.2 X 76 X 9.4 mm. This large-screen phone has a large 6.5-inch screen and may support full HD+ resolution. The phone’s screen to body ratio will be very high. The smartphone has a minimum battery capacity of 3,680 mAh. The top edge of the phone has a 3.5mm audio jack.

Realme X is expected to launch in China with the Realme 3 Pro, which was launched in India recently. The date of the launch is not yet unveiled, but it may happen sometime in May.