Redmi Snapdragon 855 wide-angle lens: As networks continue to appear new details about the flagship Redmi with the Snapdragon processor 855.

At this time, the sources and representatives Xiaomi told about the camera, the memory, and the experimental mode smartphone.

More memory and a new mode

Chinese sources have published screenshots with important characteristics of the device. Its name is still unknown, but there is a code name – Raphael.

Judging by the leaks, it will have 256 GB of internal memory. Most likely, there will be other, more accessible modifications with 64 and 128 GB.

In addition, Raphael will receive an experimental GPU overclocking mode. According to rumors, users will manually overclock the graphics processor. The screenshot shows this simple process – the “on” and “off” buttons.

Here, the vice-president of Xiaomi and the head of the Redmi brand Lu Weibing (Lu Weibing), whose social networks are full of new posts about the flagship, entered the game. 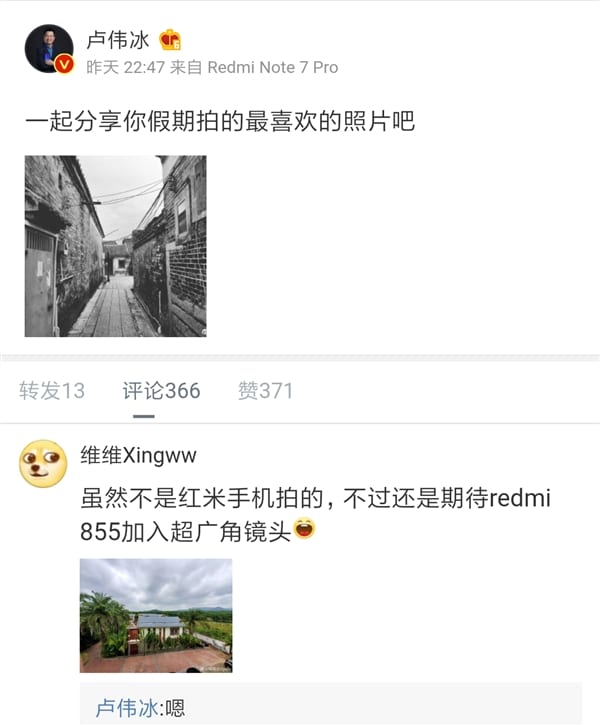 According to him, one of the three modules of the main camera of the smartphone will receive an ultra wide angle lens. Most likely, the camera will be the same as that of the Xiaomi Mi 9 SE – at 48MP, 13MP, and 8Mp.

Early leaks are also attributed to the new Redmi pop-up front camera, NFC and a battery of at least 4000 mAh.

Most likely, the presentation will take place in the coming weeks, but the manufacturer has not yet disclosed the exact date.