Redmi X with pop-up camera shown on the poster, but this is not accurate: More and more rumors appear on the network about the mysterious smartphone Redmi with Snapdragon processor 855. It is expected that it will be called Redmi X, and even there is supposedly a poster of this new product.

Of course, the image looks doubtful. On the poster (more precisely, in the screenshot of the monitor with the poster) a smartphone with a retractable front camera is shown – this is exactly what Redmi X should receive. 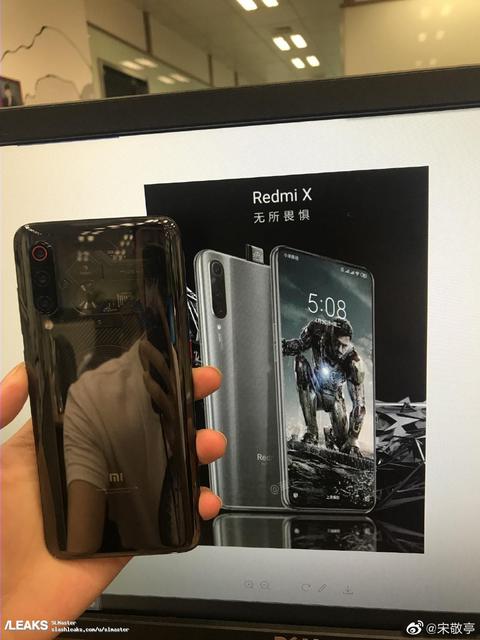 On the screen – the background image with Iron Man. The information was already out about the fact that Redmi started cooperation with Marvel and has promised to promote a new product for the final part of “Avengers: Endgame”, so we can assume that it is just a special version of Redmi X. But why, then, on the main poster the third part of the “Iron Man” is there, which was released back in 2013?

In addition, against the background of the poster Redmi X for some reason, they removed a transparent version of Xiaomi Mi 9.

Anyway, we will know the exact name of the new product and its characteristics soon – an official presentation is expected in May. The flagship will work on a 7-nanometer Snapdragon 855 processor and will receive a 32 MP front camera.

The novelty is also attributed to a triple core module of 48 MP, a headphone jack, a Google Pay contactless NFC chip, a regular fingerprint scanner and a 4000 mAh battery and a price tag of about $ 370.

Google Pixel 3a and Pixel 3a XL Specification Leak

Instagram updated: no likes, but with donations and a new camera interface