Samsung Galaxy A80: A-series flagship with the retractable triple camera and Snapdragon 675 chip

Samsung Galaxy A80 with the retractable triple camera. Korean manufacturer Samsung held a presentation in Bangkok of new A-series smartphones: Galaxy A70 and Galaxy A80. We wrote all the details about the first device earlier, but let’s take a closer look at the Galaxy A80.

This is the flagship smartphone of the updated Galaxy A series. The novelty received a large 6.7-inch Infinity Super AMOLED display without holes and cutouts. The screen resolution is FHD + (2400 × 1080p). Under it is installed a fingerprint scanner. Optical it or ultrasonic, as in the Galaxy S10, is still unknown.

Powered by Galaxy A80 on an eight-core Qualcomm Snapdragon 675 processor paired with 8 GB of RAM and 128 GB of ROM. No memory card slot. For the autonomy of the smartphone is responsible for a 3700 mAh battery with a USB-C port and fast charging capacity of 25 watts. Out of the box, the device will come with Android 9 Pie and the proprietary One UI shell. 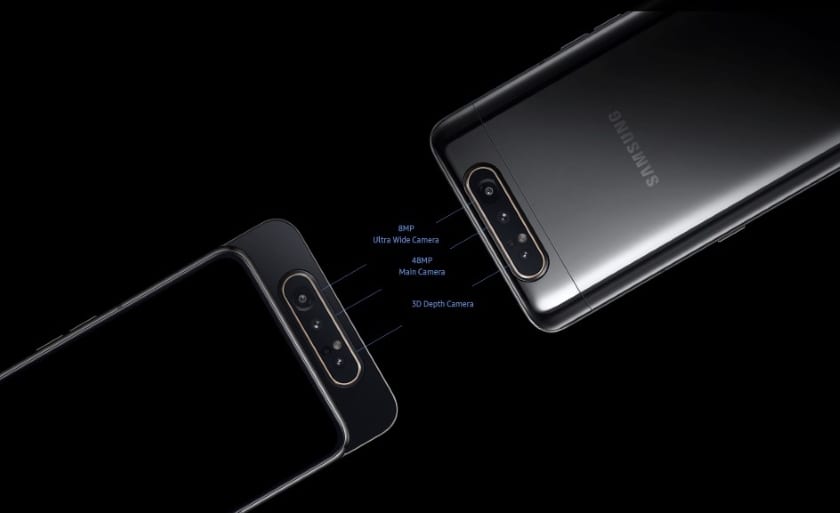 The main feature of the Galaxy A80 is its triple camera with an unusual traveling and rotating mechanism. Thanks to this design, the camera of the smartphone acts as the main and frontal. 48 Megapixel main module with f / 2.0 aperture. It is complemented by an 8 Megapixel wide-angle lens with a coverage angle of 123 degrees and a 3D ToF depth sensor.

Samsung Galaxy A80 will be available in late May. There will be three body colors: Phantom Black, Angel Gold, and Ghost White. The price of the device is not reported, but it will be clearly more than $ 650.

Lenovo is preparing a gaming smartphone under the brand Legion

How much does the head of Xiaomi earn?