Recently, the French laboratory DxOMark has expanded the scope of its activities and began testing not only displays, cameras and speakers of smartphones, but also batteries. And now the first batch of reviews arrived.

Who is in the lead?

The absolute champion of the autonomy rating was the Samsung Galaxy M51, and it is not surprising, because its battery capacity is 7000 mAh. One charge is enough for 3 days of normal use and almost 2 full days of intensive work.

In the overall rating, the Galaxy M51 has 88 points, which is significantly more than the” brothers ” of the Samsung Galaxy S21 Ultra 5G (Snapdragon) (70 points) and the version with the Exynos processor (57 points). 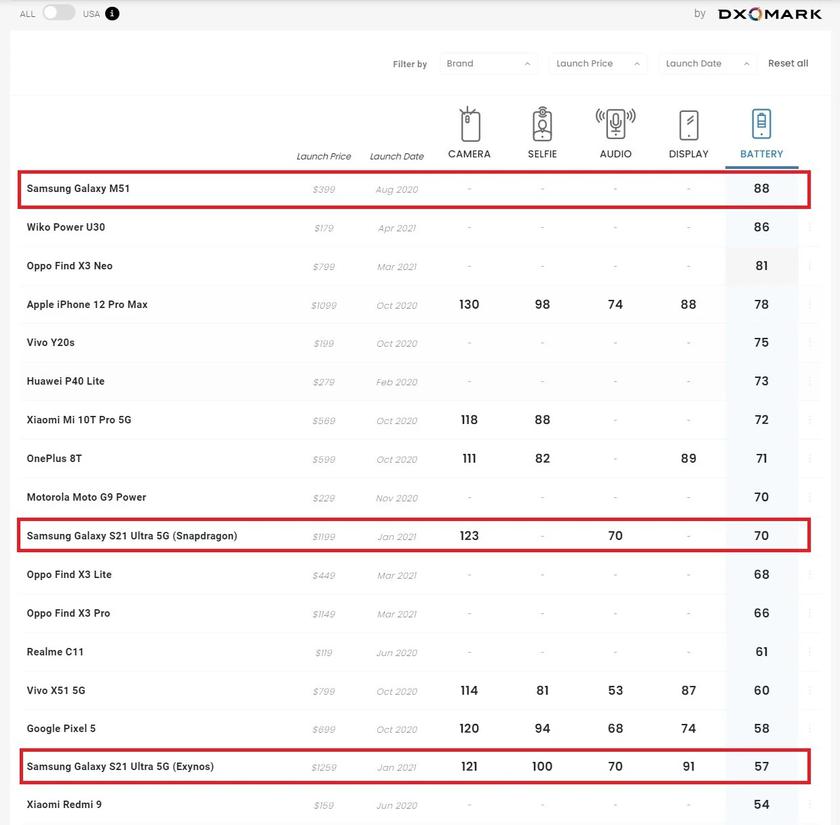 The only complaints from experts were caused only by the charging time — more than 2 hours for full recovery of energy. In addition, the smartphone seems large and heavy due to the large battery.

“The Samsung Galaxy M51 comes with a “monster” 7000 mAh battery that outperforms the competition for both autonomy and efficiency. Where it falls down a little is in charging, where it takes nearly 2.5 hours to go from empty to a full charge — almost an hour longer than the Huawei P40 Lite (with its faster charger). Still, its overall performance is currently the best in our Battery database, promising and delivering excellent battery life whether lightly or intensively used.” DxOMark concluded.