The Samsung Galaxy S21 series has been available for several months. We now have to wait for the foldable devices from Samsung. The South Korean manufacturer seems to intend to launch the Z Flip 3 and Z Fold 3 simultaneously this year. Last week, the South Korean website The Elec reported that both models will be released in early July 2021, during a virtual Galaxy Unpacked event. That is a month earlier than was currently expected.

There still seems to be some uncertainty about the model name. The Elec mentions a ‘Galaxy Z Fold 3’ and a ‘Galaxy Z Flip 2’ and adds that they are ‘preliminary names’.

However, we have heard from several reliable sources that Samsung has now made its choice regarding the model name. No Z Flip2 will be released this year, the clamshell will be marketed under the model name Galaxy Z Flip3.

We have learned from several reliable sources that Samsung made its final decision regarding the model name of its new clamshell smartphone. The device will be marketed under the model name Galaxy Z Flip3.

There have been rumors for some time that Samsung wants to change the name, in order to equalize the Z Fold and Z Flip series. Of course, two models of the Fold have already appeared. In addition, Samsung intends to introduce both folding phones simultaneously this year. By simultaneously releasing a Z Flip 2 and a Z Fold 3, the idea may arise that the Z Flip 2 is an old model. To avoid this, Samsung prefers the name Galaxy Z Flip 3.

The Samsung Galaxy Z Flip 5G can then go down in history as the ‘Z Flip 2’. This model was announced about 5 months after the original Z Flip. In terms of specs, both devices are largely the same, although the 5G model has a more powerful chipset.

Also in terms of timeline, this would fit well, after all, the Z Flip 5G was also announced in July. So it seems that the Samsung Z Flip 3 release will take place exactly one year later. It cannot, therefore, be ruled out that Samsung intends to present its new folding devices every year from now on around July. 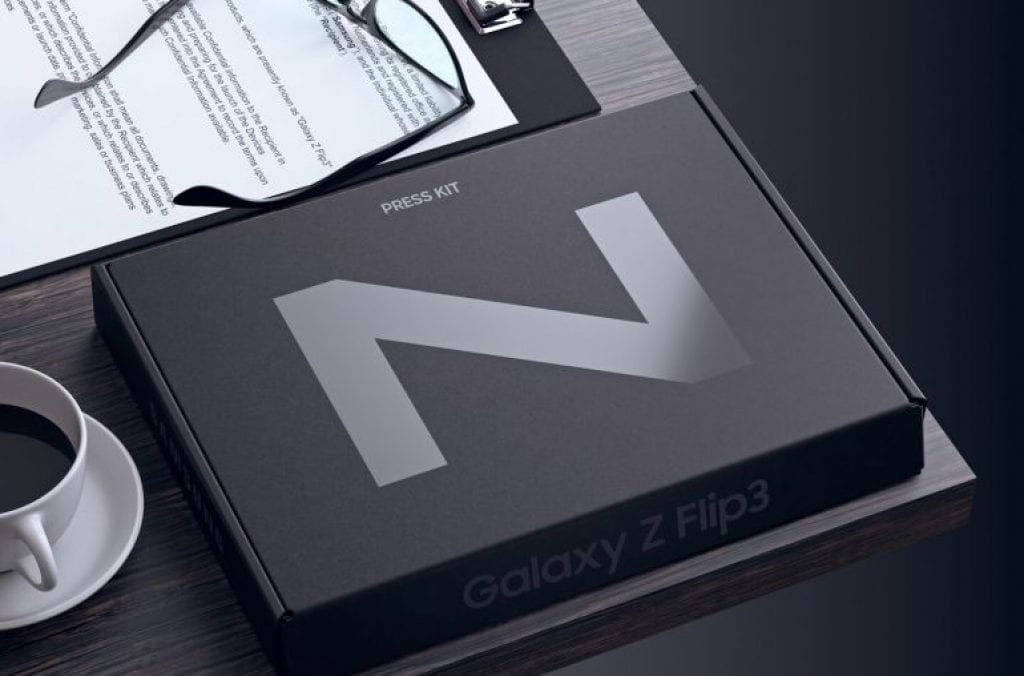 As for the improvements, the Samsung Z Flip 3 is said to have a larger cover screen and an extra camera (triple camera). The screen edges will also be reduced, to make this possible the hinge will also be renewed. Furthermore, it is in line with expectations that new color options will be offered (black, beige, green, and purple). It is likely that special versions will also be made available, which can only be ordered via the Samsung website.

The Samsung Z Fold 3 will also be improved on several points. This may be Samsung’s first foldable smartphone with an under-panel camera (UPC). This also seems to be the first folding phone that supports the S Pen.

However, there are also some negative noises regarding the new foldable smartphones from Samsung. For example, the South Korean manufacturer does not seem to increase the battery capacity. The 3,300 mAh battery of the Z Flip has been rated as ‘moderate’ in many expert reviews.

Samsung is allegedly working on the Galaxy Book Fold 17, a laptop with a folding screen