Samsung PlayGalaxy Link: It seems that Samsung plans to compete with Apple in the segment of gaming services for smartphones.

PlayGalaxy Link will be the name of the new gaming service from Samsung, to play online games via your Galaxy smartphone or tablet. 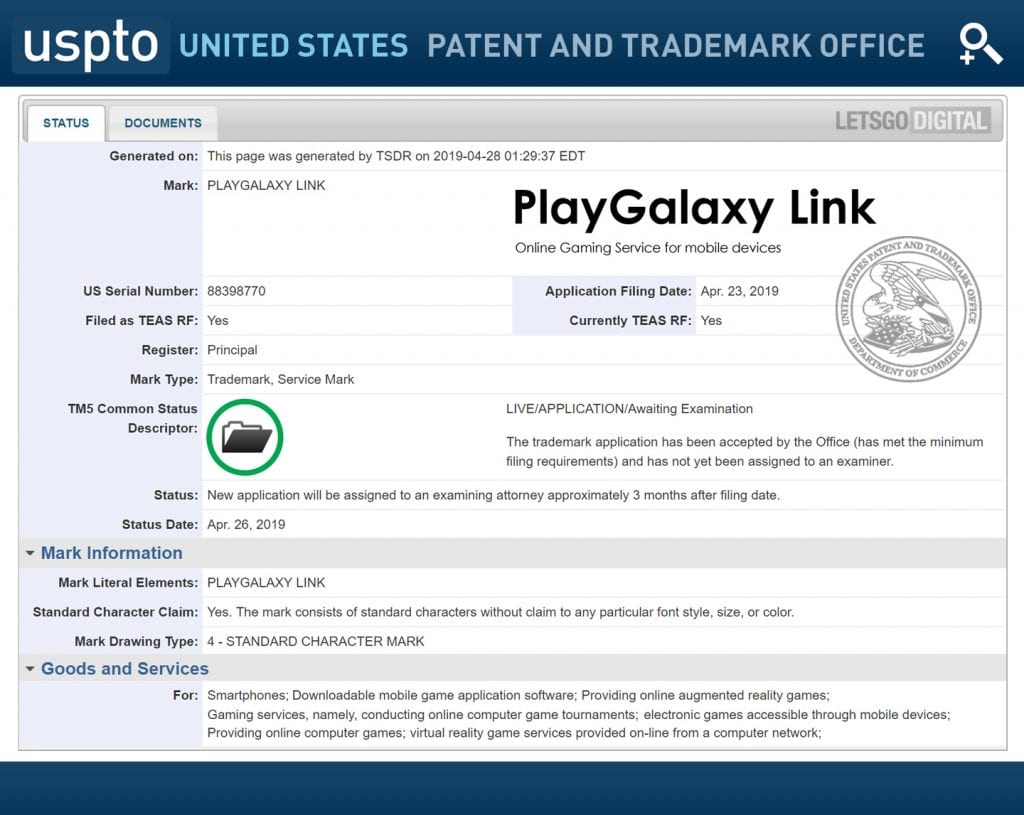 The description says that the product relates to smartphones, downloadable software, and services for online games in augmented and virtual reality.

According to Letsgodigital, Samsung has teamed up with Hatch, a subsidiary of Rovio, by launching “cloud gaming service 5G in Korea.”

Even the campaign is carried out – Galaxy S10 users receive a free three-month Hatch Premium as a gift.

It is possible that PlayGalaxy Link is the same service, only with a different name, which was specifically changed for the European and American markets.

The source suggests that the global launch of the service will occur along with the release of Samsung’s “gaming smartphone”, which will become part of the A-series.

Samsung is patenting a mobile phone with multi-plane display