According to a published poster on the social network Weibo, both new items will debut next week – May 28th. The presentation of the devices will take place in China at 14:00 local time (at 9:00 Kyiv time). 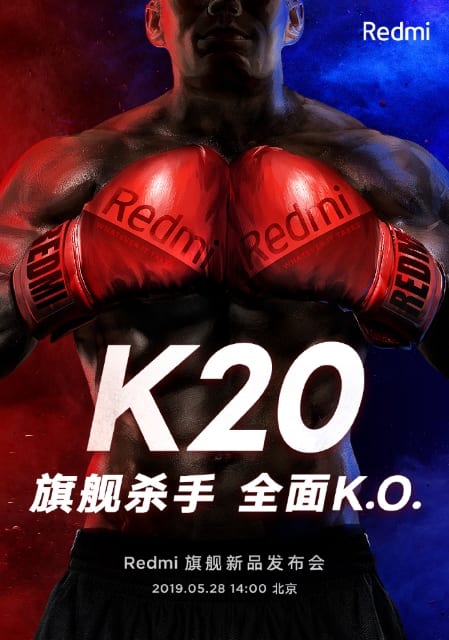 According to rumors, smartphones Redmi K20 and Redmi K20 Pro will be different processors: Snapdragon 730 in the younger and Snapdragon 855 in the older. The rest of the device specifications are the same.

This is a 6.39-inch AMOLED screen with a fingerprint scanner, a front-facing camera, a triple main 48-megapixel sensor with a Sony IMX586 sensor, 6/8 GB of RAM, and a 4000 mAh battery with a USB-C port and fast charging of 27 watts.

Smartphones are credited with having an NFC module for contactless payments, Google Pay, and a 3.5mm headphone jack. The price tag of devices, according to leaks, will be below $ 400.