At present, Xiaomi has a two-stage preheating video, and the first video shows a lock electric car: “Rusty, non-existent.” 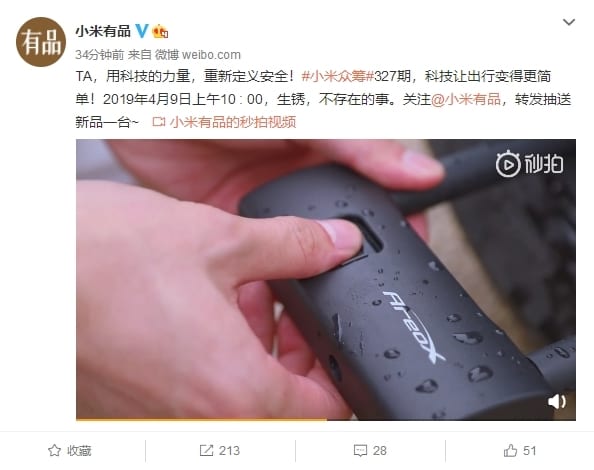 In the video, it shows that this new product is a lock that supports fingerprint recognition. It can be used to lock electric cars and bicycles.

The fingers can be unlocked with a single tap. From the screen, even if there are water droplets on the lock. Does not affect the unlocking effect.

The second video shows that the fingerprint lock can also be used to lock the door, especially in the street store, which can be easily unlocked with one hand, and the things held in the hand do not have to be temporarily thrown on the ground. “Trouble, something that doesn’t exist.” 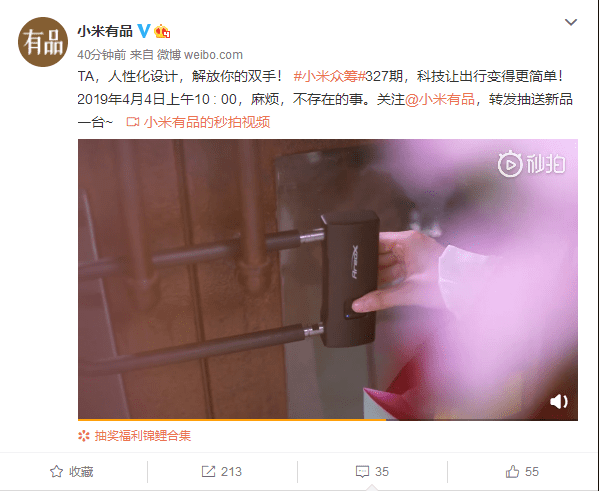 It is understood that this car lock brand is Areox, its Chinese name is Mars Exploration Technology Co., Ltd. According to the official website information, the company was established on May 26, 2015.

The company is headquartered in Shenzhen, mainly engaged in product design, research, and development, production, sales and service of intelligent electric aircraft. At present, the main products are multi-rotor UAV products, and accessories, VR, handheld cloud and other smart devices.