Xiaomi has released a Mijia Walkie Talkie 2. We have already written that yesterday Xiaomi announced at once 20 new (or not quite) products. Today we will take a closer look at the dual-band walkie-talkie called Xiaomi MiJia Walkie Talkie 2.

A few years ago, Xiaomi had already released the MiJia Walkie Talkie 1s. Now the device has been updated and improved by adding several useful features. 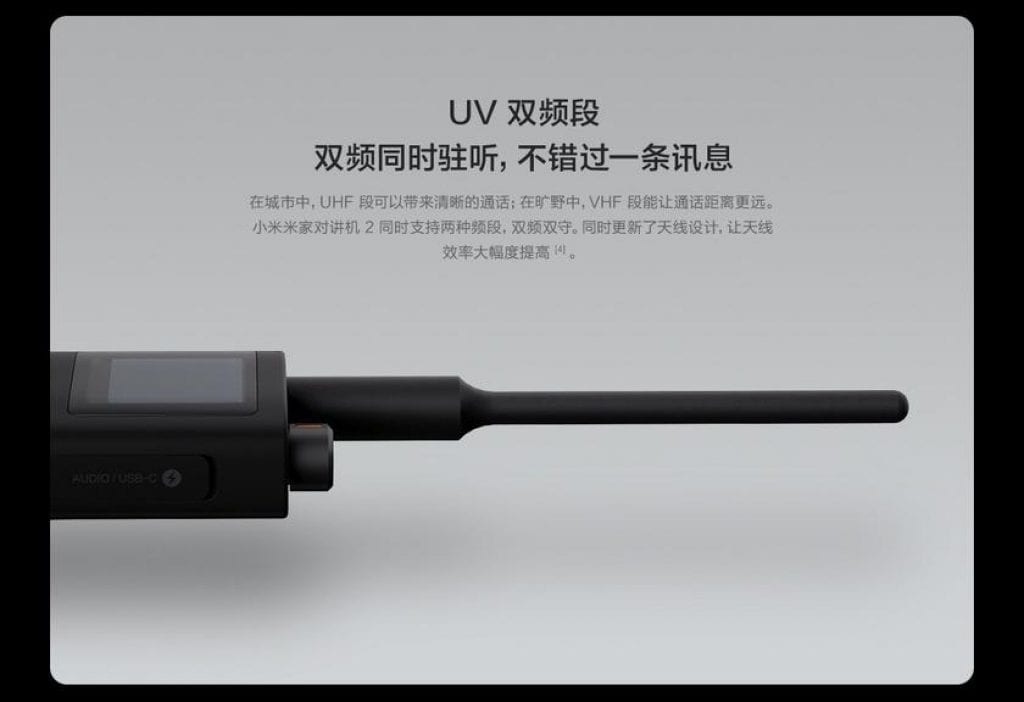 The Walkie Talkie received a 1, 77-inch LCD display, which displays even more information. Moreover, the letters and symbols are clearly visible even in the sun.

Transmission power of 5 watts allows you to catch a signal at a  distance of 6 kilometers. A battery with a capacity of 5200 mAh will provide up to 13 days of work in standby mode and up to 15 hours of full-time work. By the way, in the  previous model, the battery is more than two times less – 2190 mAh. 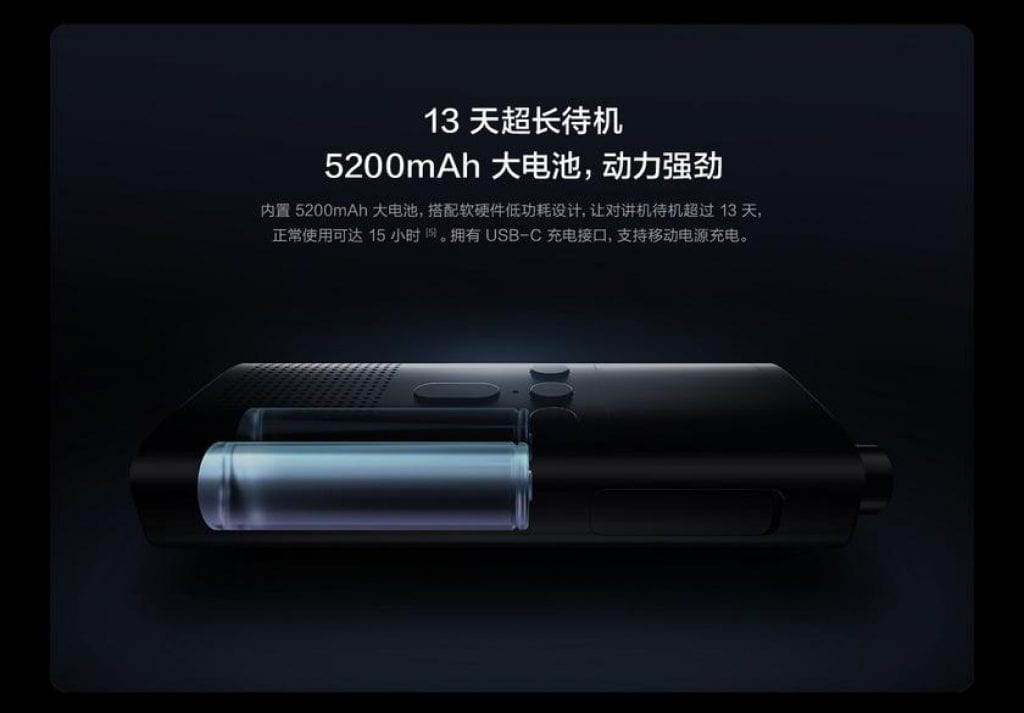 You can charge the device through the USB-C connector. Also, a headset is connected to the radio – via a 3, 5 mm jack or via Bluetooth.

The loudness of the speakers in the Xiaomi MiJia Walkie Talkie 2 is  22% louder. Adjusts the volume knob, located next to the antenna.

In addition, there is a degree of protection IP65, that is, the radio is not afraid of dust and water jets (but it can not be completely drowned). 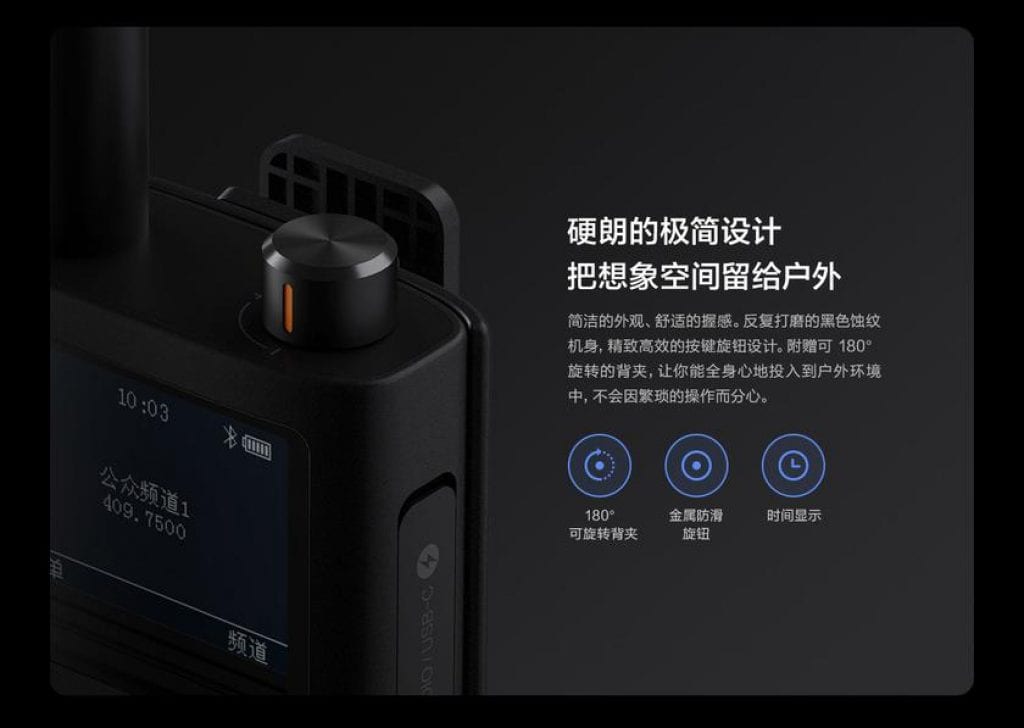