Redmi K20 pop-up front camera: More information about the “big devil” appears in the network (this is how Xiaomi calls the new flagship) Redmi K20. At this time, the informant became the manufacturer, who gave details of the chamber’s news.

And although we already knew that the front-end here would be retractable, thanks to early leaks, Redmi  CEO Lu  Weibing has now officially confirmed this. 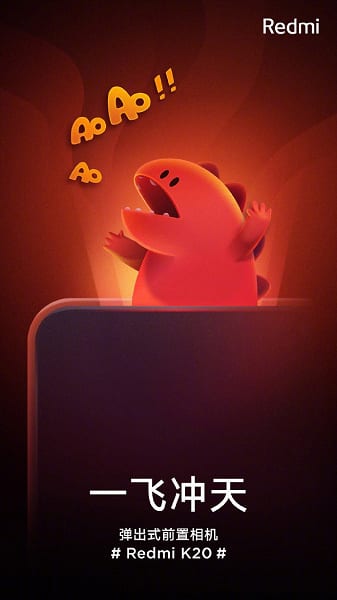 In addition, he spoke with the engineers and spoke about the reliability of such a design. The test results showed that the camera can withstand more than 300 thousand opening and closing cycles. And even if you activate the front-end  100 times, it will work stably for at least 8 years.

Advertising teaser confirms that the main camera will be a 48-megapixel Sony IMX586 sensor. The same is installed in the cameras of many modern flagships: for example, Xiaomi Mi  9, Oppo Reno, OnePlus 7 Pro, etc. The whole main camera is expected to have three modules. 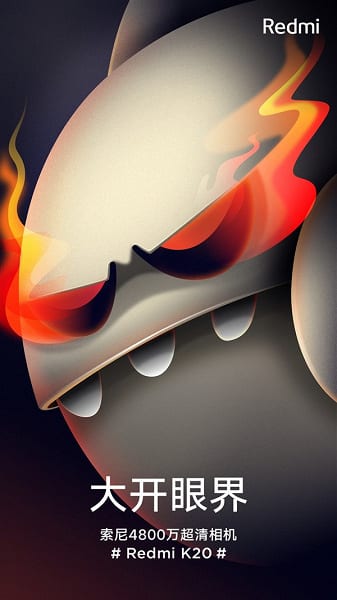 A  new commercial says that the smartphone will be able to shoot video in Slow-Motion mode at speeds up to 960 frames per second.

Recall that in the lineup there will be two models: Redmi K20 and  Redmi K20 Pro. According to rumors, they will be different processors: Snapdragon 730 in the younger and Snapdragon 855 in the older.

The rest of the device specifications are the same. This 6. 39-inch AMOLED-screen with a fingerprint scanner, 6/8 GB of RAM, as well as a 4000 mAh battery with a USB-C port and fast charging (27 W). Novelties are attributed to the NFC-module and headphone jack. They should be introduced this month.