Xiaomi Redmi S2/Y2 MIUI 10.3 Update: We already wrote that Xiaomi changed its mind and still release the Android Pie firmware for smartphones Redmi Y2 and Redmi S2. Until it came out, the developers of the company “rolled out” a new version of MIUI based on Android Oreo.

This is a stable global version of MIUI 10.3.1.0.OEFMIXM. The update weighs 306 MB and it contains the April security patch and many minor improvements.

For example, developers have fixed the problem with a long call disconnection, as well as displaying notifications on the WhatsApp application icon. In addition, improved system performance and mode Game Booster. 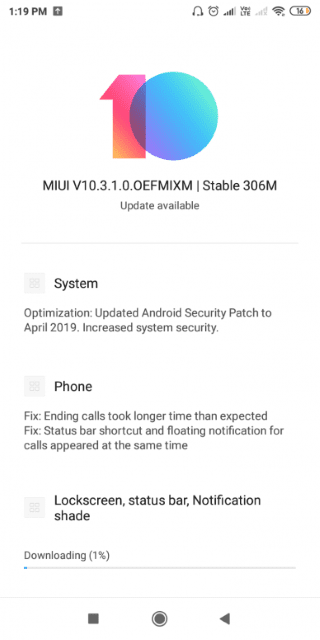 The update is already being distributed to smartphones. If you have not received OTA yet, you can download the source firmware file from the link and install the software manually.