With such a camera, ZTE Axon 30 will lay claim to the title of camera phone

Last year, ZTE decided to the hype with its Axon 20, claiming it was the first smartphone with a sub-screen camera. The selfie module was indeed sent under the display, but the implementation itself turned out to be far from perfect.

And the thing is that the area with the camera was clearly visible and the photos themselves turned out to be “blurred” or in fog.

ZTE Axon 30 Pro should be working on the bugs, and the company does not hide the fact that it intends to introduce the second generation of the under-screen camera. Naturally, the technology has been improved. 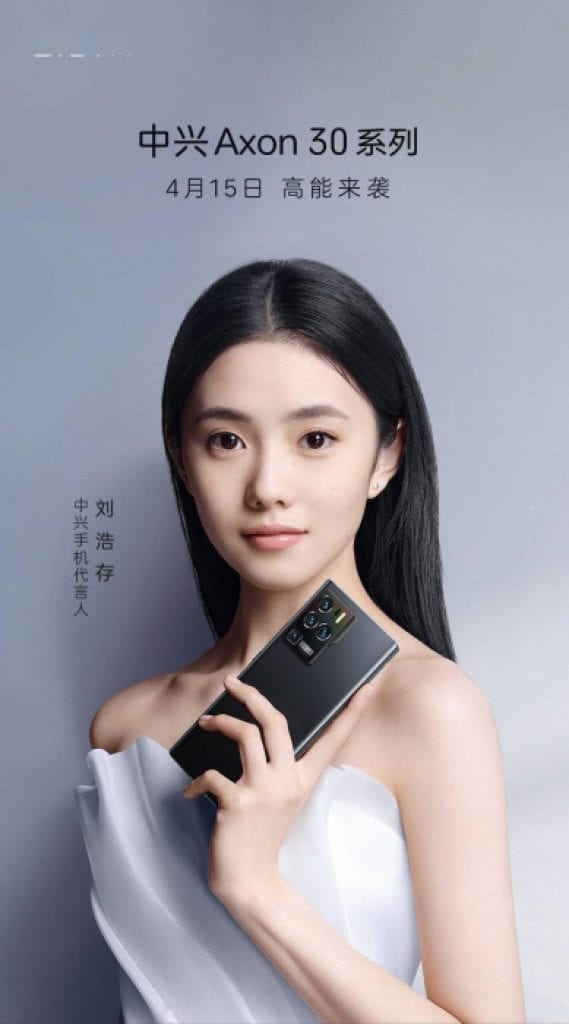 Today, the company officially announced that the Axon 30 series will premiere on April 15, and the design of the novelty was shown on a promo poster, but only the execution of the rear panel.

Before us is a smartphone in gray with a massive rectangular block of the main camera. Four sensors were installed here, one of which is periscopic.

It is already known that the resolution of all three “conventional” sensors will be 64-megapixels and the company does not hide its desire to challenge the recognized camera phones on the market.

The design of the front panel has not been shown, and informants say that on April 15, the company will still not show the version of the ZTE Axon 30 Pro with a sub-screen camera.

Its release was postponed, and the standard ZTE Axon 30 will be presented to a wide audience, where the front-facing camera was inserted into a round hole on the screen.

According to rumors, the new product will receive a 10-bit OLED panel from Visionox with FullHD + resolution, a refresh rate of 120 Hz, and a sensor response rate of 360 Hz.

The selfie camera will have a resolution of 44 megapixels, a 4500 mAh battery with 55 W or 65 W fast charging, a couple of stereo speakers, and a new proprietary MyOS interface.

ZTE Axon 30 Delayed: Smartphone with a sub-screen camera will still be released, but later. Why?

Oppo is preparing a smartphone without ports and buttons, but with wire charging