Huawei, the Chinese tech behemoth, is rapidly reclaiming its pace, which was considerably stifled by the US’s enormous penalty system.

The company has worked hard to diversify its business in numerous areas, including electric car manufacture in partnership with automakers.

The firm is rapidly growing its ecosystem, which will be appropriately protected against external shocks, using its in-house software solution, HarmonyOS.

The Aito M5, a hybrid automobile that operates on both electricity and gasoline, will be Huawei’s first electric vehicle to use its proprietary HarmonyOS operating system. 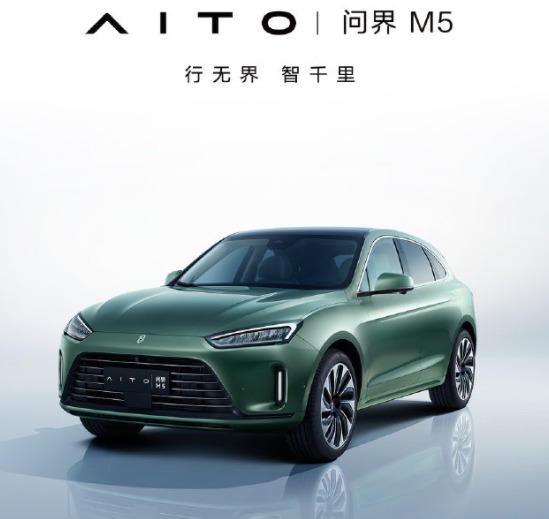 The Aito M5 will be delivered for the first time in February 2022, following China’s Lunar New Year celebrations. According to Yu, the Aito M5 has a higher peak power and driving range than the Model Y.

This news comes less than a week after Nio unveiled its Tesla-rivaling model. Huawei claims it does not build automobiles but continues to supply the technology infrastructure that might hasten the development of self-driving cars.

The Aito M5, unlike Tesla’s automobiles, is not entirely powered by electricity; it features a gasoline tank that can be used to expand driving range when the battery runs out.

For a better driving experience, the Aito M5 has double-layered sound-proof glass. Series is the company that makes the Aito M5. “Adding Intelligence to Auto” is what Aito stands for.

The integration of HarmonyOS with the AITO M5 is a significant step forward for Series and Huawei. According to Yu, one of Huawei’s smartwatches may also be used as a car key for the Aito M5.