The Samsung Galaxy A22 smartphone is about to be released. According to previous sources, it will be released in 4G and 5G versions, based on the market. The phone’s 5G variant has earned clearance from the Wi-Fi Alliance. The Wi-Fi certification is a harbinger of its impending launch.

Wi-Fi Alliance has listed the Galaxy A22 5G with model numbers SM-A226B/DSN and SM-A226. It allows dual-band Wi-Fi, 5G, and runs on Android 11 OS, according to the two listings. The Galaxy A22 5G with the Dimensity 700 chipset and 6 GB of RAM was recently discovered on the Geekbench benchmarking website. 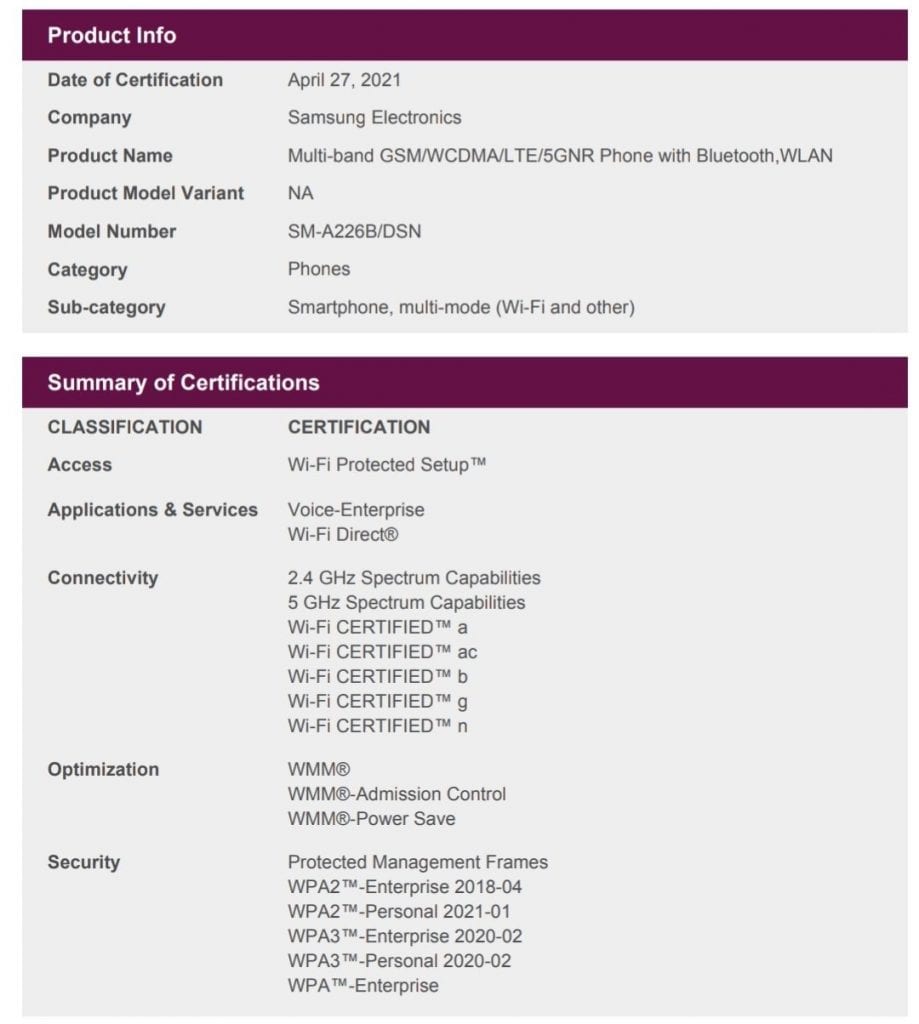 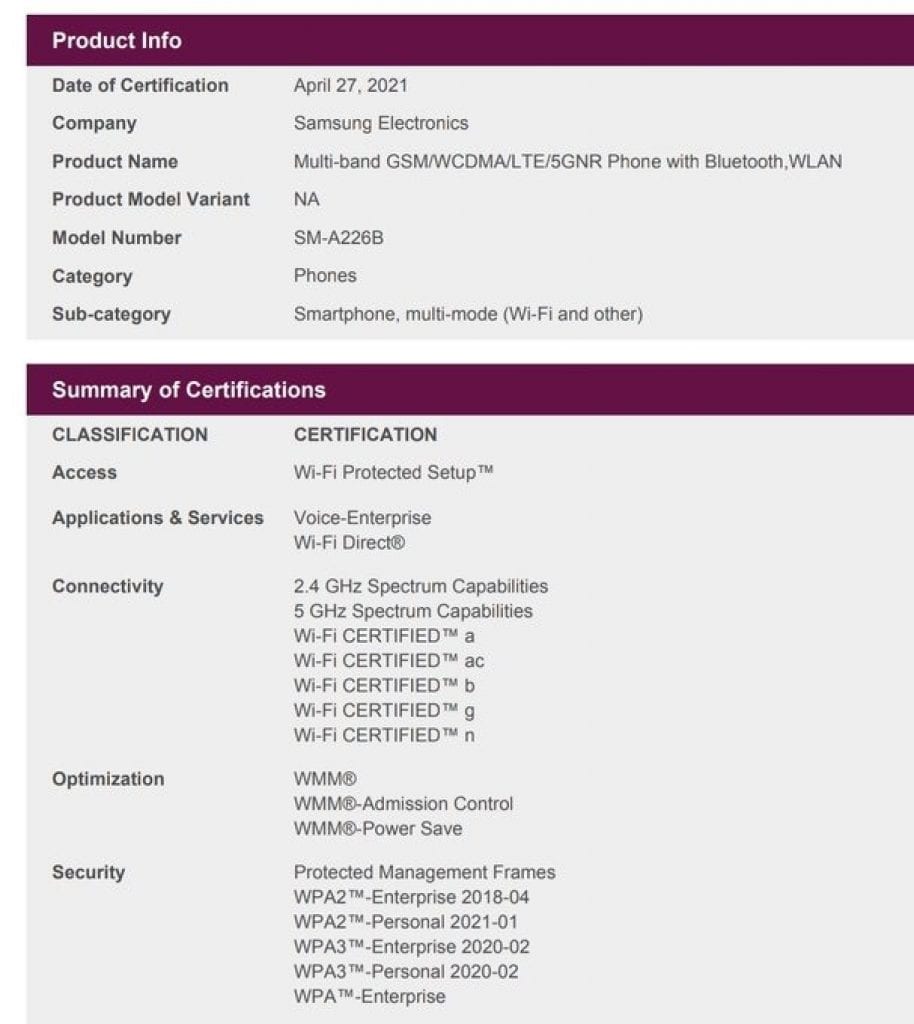 A 6.5-inch IPS LCD panel with a waterdrop notch is expected to be included in the Galaxy A22 5G. The phone does not seem to support HD+ or Full HD+ resolution.

It is expected to come with a 13-megapixel selfie camera. The phone’s rear camera configuration could include a 48-megapixel main camera. It will be driven by Android 11 and have a protection fingerprint scanner on the left. The smartphone’s other features are unknown.

The Galaxy A22 5G will cost 229 euros ($276) when it launches. It’s rumored to be Samsung’s first inexpensive 5G-ready handset. It could come in a variety of colors, including white, green, grey, and purple. In June, it is expected to emerge from cover. The 4G variant of the Galaxy A22 is set to arrive in certain countries, such as India.